Poll: Who Will Win The AFC West?

The race for the AFC West is far from over. There is no team with a losing record in the division, setting for up an exciting final stretch of the regular season. 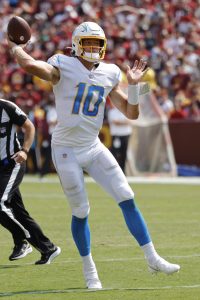 The Chiefs (7-4) began the season as clear favorites to win the division, but they’ve failed to create the distance they’d hoped for between themselves and their divisional foes. Kansas City’s first five games were defined by shootouts in which its defense struggled to contribute to team success, leading to an opening record of 2-3. After the Chiefs’ 27-3 loss to the Titans in Week 7, their defense seems to have found its footing. The Chris Jones-led unit is allowing 11.75 points per game since then en route to a four-game win streak.

In Los Angeles, Justin Herbert has benefitted from having healthy weapons in running back Austin Ekeler and receivers Keenan Allen and Mike Williams, an improvement from the 6-4 Chargers’ injury-riddled 2020 season. Much like the Chiefs, though, the Chargers’ defense has struggled to turn that success into wins as they’ve only managed to hold two opponents under 20 points this season.

The Raiders (6-5) have been a team of streaks this season. They began the year 3-0 with impressive wins over the Ravens and Steelers. They then lost two, won two, and lost three in a row through their next seven games with concerning losses to the currently reeling Bears and Giants. Las Vegas rebounded with an impressive Thanksgiving Day win in Dallas. The Raiders’ current winning record is all the more impressive when you consider the off-the-field controversies that have rocked the franchise. 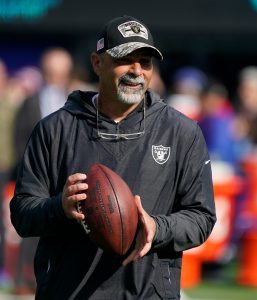 The Raiders cut promising second-year receiver Henry Ruggs after he was arrested for his role in a fatal car accident. Their other 2020 first-round pick, Damon Arnette, is also gone after appearing in a video which showed him threatening a person with a gun. All of this after former head coach Jon Gruden was forced to resign in the wake of an email scandal that revealed the coach’s use of derogatory and offensive language. Las Vegas currently sits in third in the division at 6-5.

Over their first eight games of the season, the Broncos (5-5) were fairly easy to decipher. They beat teams currently under .500 — the Giants, Jaguars, Jets and the Football Team — but they could not get past teams currently over .500 (Ravens, Steelers, Raiders, Browns). They did buck this trend in their past two games by beating the Cowboys (7-4) and losing to the Eagles (4-6). They certainly hope that trend is over, as the Lions represent the only team they face over the rest of the season with a sub-.500 record. Offseason pickup Teddy Bridgewater leads an offense that has seen the return of Pro Bowler Courtland Sutton, though Denver’s latest run of injury misfortune involved second-year receiver Jerry Jeudy missing most of the season’s first half. The running game has been split pretty evenly between seven-year veteran Melvin Gordon and second-round rookie Javonte Williams.

With seven weeks remaining in the regular season, potential for divisional chaos remains. The Chiefs don’t have any remaining opponents currently under .500. The Raiders are set to play just one — the Washington Football Team. The Bolts potentially have a softer route, with two teams remaining under .500 in the Giants and Texans. In addition, there’s plenty of divisional play left to ensue before the playoff field forms.

So who do you see taking control of the AFC West? Do the Chiefs regain their supremacy and claim the division for the sixth straight year? Or do any of the other contenders take advantage of Kansas City’s four early-season losses? Vote in our latest poll and weigh in with your thoughts in the comments section.

7 comments on “Poll: Who Will Win The AFC West?”