NOVEMBER 6: To little surprise, the Ravens announced on Sunday that Andrews will not travel with the team to New Orleans, as he is out. Fourth-round rookie Isaiah Likely will assume his starting tight end role.

NOVEMBER 5: The Ravens’ pass-catching corps is in a state of flux right now, with the team’s No.1 wideout sidelined for the remainder of the campaign. Especially significant given that development, a new face will likely join the unit on Monday night. 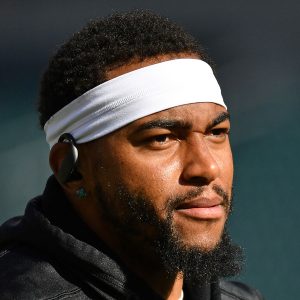 Veteran DeSean Jackson is expected to be elevated from the practice squad to Baltimore’s active roster, as detailed by Clifton Brown of the team’s website. That would put him in line to make his Ravens debut during their Week 9 matchup against the Saints.

“I think that’s a good possibility,” head coach John Harbuagh said when asked about the 35-year-old suiting up. “We’re going to keep seeing how he’s doing, but I personally think he’s probably ready. If he’s ready two days from now, then he’ll be out there.”

Receiver was already a position filled with question marks for the Ravens before 2021 first-rounder Rashod Bateman underwent season-ending foot surgery. That will lead to a greater workload for the likes of Devin Duvernay, James Proche and Tylan Wallace. Jackson could provide a deep threat to compliment that quartet, however, as he has throughout his career. He played one game for the Rams and Raiders each in 2021.

Jackson’s role could be even larger if tight end Mark Andrews is unable to play. The All-Pro exited Baltimore’s win over the Buccaneers last week with shoulder and ankle injuries, though Harbaugh had indicated that a long-term absence was not expected in his case. Especially with Bateman unavailable, Andrews missing Monday’s game as well would deal a major blow to a passing attack which ranks 26th in the league with an average of just 204 yards per game through the air.

Andrews has been listed as doubtful on the team’s injury report. The same is true of running back Gus Edwards, who also left last week’s game with an injury. That had been just the second contest he played in this year, after missing of all 2021 with an ACL tear. A hamstring injury appears likely to keep him out for Week 9, but the bye week immediately following that game could see him quickly resume lead back duties in the absence of J.K. Dobbins.

Looking to extend their winning streak to three games and maintain their advantage in the AFC North, the Ravens will have a shorthanded skill-position corps in New Orleans. How much Jackson contributes to the offense will be of particular note during the primetime affair.