Vic Fangio will interview for a third defensive coordinator position during this year’s cycle. The Dolphins’ previously rumored interest will produce a meeting. 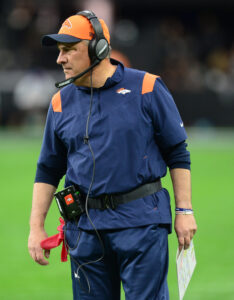 Miami is set for interviews with Fangio, Seahawks assistant Sean Desai and Saints co-DC Kris Richard, according to Ian Rapoport of NFL.com (Twitter links). Fangio and Desai worked together with the Bears, while Richard has been a fixture in defensive coordinator searches in recent offseasons. The Fangio and Desai meetings will occur Wednesday.

Richard, 43, re-emerged as a DC after four seasons on the position coach level. The Saints promoted the veteran staffer to that role, placing him alongside Ryan Nielsen in a rarely utilized co-DC arrangement. The former Seahawks DC had spent time under Rod Marinelli as the Cowboys’ secondary coach from 2018-19 and caught on with the Saints as their DBs coach in 2021. Richard is best known for his time in Seattle, however. He served as the Legion of Boom’s position coach and later Seattle’s DC during that unit’s heyday, and the Seahawks of that period became the first team to lead the NFL in scoring defense in four straight years since the 1950s Browns.

This garnered Richard some HC interest back in the late 2010s — which included a 2019 Dolphins interview — but nothing materialized. The Saints have ranked in the top 10 defensively in each of Richard’s two years with the team, though Dennis Allen has overseen both those units. The Panthers have also spoken to Richard about a meeting. Nielsen has come up as a candidate — in Atlanta and Minnesota — as well, so New Orleans faces the possibility of losing both its DCs this offseason. Desai, the Bears’ DC in 2021, also received an interview request from the Vikings.

Fangio has interviewed for the Falcons and Panthers’ positions thus far but came up in connection to the Dolphins gig soon after it became available. He is believed to be the lead candidate, CBS Sports’ Josina Anderson tweets, with ESPN’s Jeff Darlington noting (via Twitter) Fangio and Mike McDaniel share an agent and have a good relationship.

Fangio, 64, did not last too long in his HC opportunity with the Broncos, though his three-year Denver tenure was the longest since John Fox‘s, but the longtime defensive staffer was long believed to be a hot candidate to return to a full-time role as a DC. That is coming to fruition. Fangio’s options could soon include a return to the 49ers, with the team being connected to rehiring him in the event DeMeco Ryans departs.