The Vikings and Dolphins are in need of a new defensive coordinator, and both clubs have requested interviews with Seahawks defensive assistant and associate head coach Sean Desai (Twitter link via Ian Rapoport of NFL.com). Desai was also a candidate for the Browns’ DC post that was recently filled by Jim Schwartz. 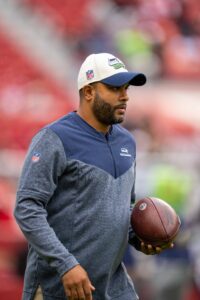 Minnesota enjoyed a 13-4 record in 2022, Kevin O’Connell‘s first year as head coach. However, the team’s defense was a sore spot all season, and after a wildcard-round loss to the Giants in which the Vikes struggled to slow New York quarterback Daniel Jones, defensive coordinator Ed Donatell received his walking papers. Minnesota subsequently requested an interview with Steelers senior defensive assistant/linebackers coach Brian Flores and also hopes to talk to Desai. In addition, Adam Schefter of ESPN.com reports (via Twitter) that the Vikings have requested an interview with Saints co-DC Ryan Nielsen, who is expected to interview with the Falcons for the same position.

Like the Vikings, the Dolphins were bounced in last week’s wildcard round, giving up over 400 total yards in their loss to the Bills. The team’s defense finished the regular season in the middle of the pack in terms of yards allowed, but the unit dropped from 16th in points allowed in 2021 to 24th in 2022 while falling from 10th to 15th in DVOA. That drop-off cost defensive coordinator Josh Boyer his job, and in addition to Desai, the ‘Fins hope to talk with Vic Fangio about their DC vacancy.

Desai, 39, may not have Fangio’s track record, but he did work under the renowned defensive guru for a few years while both men were on the Bears’ staff, and he was named Chicago’s defensive coordinator in 2021. He found himself in need of new employment at the end of that campaign, as the Bears elected to part ways with head coach Matt Nagy & Co. In 2022, Desai ended up in Seattle under fellow ex-Fangio staffer Clint Hurtt.

Although the Bears were anxious to clean house after a disappointing end to the Nagy era, Desai’s defense did finish sixth in the league in yards allowed per game (316.7) in 2021, despite injuries to a number of key players. The Vikings — along with the Giants and Raiders — actually interviewed him for their DC post in last year’s cycle before opting to move forward with Donatell, and they are now giving him another look.