The Titans announced that they’ve fired special teams coordinator Bobby April and promoted assistant Steve Hoffman to take over on a full-time basis. 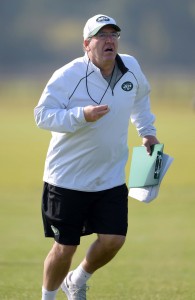 [RELATED: Titans Lose Al Woods For At Least One Month]

April, 63, has been an NFL special teams coach since 1991 when he began his pro career with the Falcons. He was only four games into his Tennessee career, having joined the club prior to this season. April left the Jets in order to replace Nate Kaczor, who was hired by the Buccaneers. Titans head coach Mike Mularkey was familiar with April’s work, as the pair had worked together on the Bills staff in 2004.

Hoffman, meanwhile is in his fourth year with the Titans and in his 27th season as an NFL coach. The team’s assistantspecial teams coordinator since 2013, Hoffman guided punter Brett Kern and kicker Ryan Succop as they enjoyed some of their best seasons. Last year, Succop didn’t miss a kick inside of 50 yards (13-for-13).

Through a three-game sample (Week 4 statistics have not yet been updated), the Titans ranked 25th in Football Outsiders’ special teams DVOA. 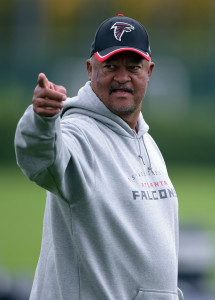 As has been widely speculated, it appears as though a number of Chip Kelly‘s assistant coaches from Philadelphia are expected to join Kelly’s 49ers staff. Alex Marvez of FOXSports.com tweets that former Eagles WR coach Bob Bicknell will become the new WR coach in San Francisco, while Jeff McLane of the Philadelphia Inquirer confirms (via Twitter) that DL coach Jerry Azzinaro and QB coach Ryan Day are also expected to follow Kelly to the Bay Area. As Matt Maiocco of CSNBayArea.com observes (via Twitter), former 49ers head coach Jim Tomsula was interested in hiring Bicknell as San Francisco’s offensive coordinator last season, but Bicknell’s preference at that time was to stay in Philadelphia.

The Eagles have not yet scheduled a second interview with Bears offensive coordinator Adam Gase for their head coaching position, a league source familiar with the club’s thinking tells Reuben Frank of CSNPhilly.com. While Frank suggests that this contradicts a previous report on Gase, that Wednesday report didn’t actually say a second interview had been formally set up by the Eagles — just that the team wanted to bring him back for a second meeting.

Although it hasn’t been scheduled yet, a second interview between Gase and the Eagles could still happen. However, Frank suggests that the club may not finish its first round of interviews and regroup until next week sometime.

In other coaching news out of Philadelphia, Chiefs offensive coordinator Doug Pederson will interview with the Eagles on Sunday for their head coaching job, regardless of how Kansas City does in its playoff game, tweets Jason La Canfora of CBSSports.com.

JANUARY 23: The Jets have finally made the hiring of Rodgers official, confirming it in a press release. The team also announced the hiring of Bobby April as special teams coordinator.

JANUARY 16: New Jets head coach Todd Bowles has begun to fill out his staff, as Adam Caplan of ESPN reports (via Twitter) that Dolphins defensive line coach Kacy Rodgers will take over as New York’s defensive coordinator. Reports yesterday indicated that the Dolphins would not block Rodgers’ move to their division rival, and now it sounds like deal will be finalized at some point in the coming days (Twitter link via Caplan). Rodgers, 45, has worked as an NFL assistant since 2003, and his time in Miami overlapped with Bowles’ from 2008-11. He’ll replace Dennis Thurman, who followed ex-Jets coach Rex Ryan to Buffalo.

In South Beach, Rodgers worked with a Dolphins defensive line that included talented players such as Cameron Wake, Olivier Vernon, and Jared Odrick, and although the club’s entire defense tailed off near the end of the season, it still finished eighth in adjusted sack rate. Miami’s line did contribute to a defensive unit that ranked 24th in rushing yards allowed, however. In New York, Rodgers will employ a similarly talent defensive line — Sheldon Richardson and Muhammad Wilkerson lead a position group that helped the team Jets finish fifth in rushing yards allowed and fourth in adjusted sack rate.

The primary area of focus for Rodgers, then, will be Gang Green’s secondary, which allowed the third-highest passer rating to opposing quarterbacks, and finished 24th in DVOA against the pass. Chief among Rodgers’ assignments will be to mold two recent first-round defensive back selections, corner Dee Milliner and safety Calvin Pryor, in the hopes of fortifying a weak secondary.

Rodgers, a Tennessee alum, coached in the college ranks before joining the Cowboys as a defensive tackles coach in 2003. He’s been in his current role since ’08. As for scheme, it’s unclear what look what Rodgers will use as his base defense — the Dolphins ran an 4-3 front, while Bowles and the Cardinals employed a 3-4 defense. Regardless, the unit will surely look different that than the Ryan-led defense of recent years.