A brutal 2017 featuring three concussions caused C.J. Fiedorowicz to mull retirement, and it looks like the veteran tight end will follow through with it. 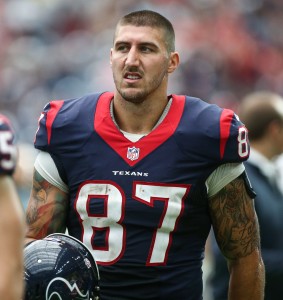 The Texans placed Fiedorowicz on the reserve/retired list on Thursday, Aaron Wilson of the Houston Chronicle reports. Fiedorowicz signed a Texans extension last year but suffered three concussions and ended the season on IR.

This would have been Fiedorowicz’s fifth season. He enjoyed a breakout year during Brock Osweiler‘s lone season in Houston in 2016, hauling in 54 passes for 559 yards and four touchdowns en route to a new contract.

In each of his additional three seasons, the former third-round pick out of Iowa didn’t surpass 200 air yards. Of course, he was on track to do so last season but was sidetracked by head injuries that limited him to just five games.

Houston also adjusted the 26-year-old tight end’s contract, which was a three-year, $22MM extension with $10.1MM guaranteed. Fiedorowicz renegotiated his signing bonus as a result of this decision, and instead of his deal representing a $5.165MM cap hold, it will now count $1.676MM against the Texans’ 2018 cap.

When it was reported late last year that Texans tight end C.J. Fiedorowicz was contemplating retirement, his agent downplayed such talk. Fiedorowicz’s latest comments indicate that retirement is very much on the table. 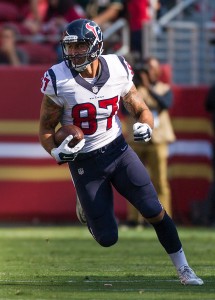 “A dude knocked me out,” Fiedorowicz told Joe Stevenson of the Northwest Herald. “After eight weeks, when I came back, it was constantly on my mind. I wasn’t always able to play loose and free. It was in my head. Anytime that’s on your mind while you’re playing an NFL football game, you’re in trouble. You can’t play timid. Guys are trying to take your head off, you know?”

Fiedorowicz, 27 in October, is concerned about his long-term well being after suffering three concussions during the 2017 campaign. He’d be walking away from the final two years of his three-year, $21.5MM contract, but that isn’t a major consideration for him.

“I have a backup plan,” he said. “I’ve realized money is not happiness. Money definitely gives you freedom, but I’ve played four years. I’ve accomplished things I wanted to accomplish. It’s more about making my town happy, making my family happy and being able to enjoy the rest of my life.”

Fiedorowicz ‘s $5MM base salary for 2018 is guaranteed, but that payout will be reduced to $2.8MM if he’s unable to play due to concussions. Texans coach Bill O’Brien had been optimistic about his return, but it sounds like the Texans will have to seek out a new tight end this offseason.

O’Brien Expects Fiedorowicz Back in 2018

According to league sources, however, the Texans are concerned about the veteran’s short- and long-term health after suffering three concussions in 2017. “Again, I expect it that way,” O’Brien said. “We think very highly of C.J. He just signed a contract extension here. We think he’s a really good tight end for us. So, we’d love to see him back.”

On Sunday, ESPN’s Adam Schefter reported Fiedorowicz could contemplate retirement, but Wilson writes that the player’s agent told the Chronicle that he still wants to play and will take time before making a decision. Like O’Brien said, the tight end signed a three-year $21.5 MM contract in the offseason and would have a home in Houston should he wish to continue his career.

After suffering three concussions, which resulted in two IR stints in 2017, Fiedorowicz is sure to strongly consider his future plans before making a decision.

Following a breakout season in 2016 in which he caught 54 passes, Fiedorowicz has been limited to just 14 grabs in 2017.

Texans TE C.J. Fiedorowicz suffered his third concussion of the season last week, which was at least the fourth time he has been concussed in the past two years. Houston placed the 26-year-old on IR earlier this week, thereby ending his season, but Adam Schefter of ESPN.com reports that Fiedorowicz’s unfortunate concussion history could force him to retire.

In order to continue playing, he would need to pass a team physical, and Schefter says there are no assurances that he could do so at this point. Houston selected Fiedorowicz, an Iowa product, in the third-round of the 2014 draft, and after the former Hawkeye broke out in 2016 with 54 catches for 554 yards and four touchdowns, the Texans rewarded him with a three-year, $21.5MM extension last offseason (including $10MM guaranteed).

However, as Schefter observes, Fiedorowicz’s deal did include a de-escalator that would bring down his base salary by $2.8MM if he were to be cut as a result of a pre-existing condition such as a concussion, so the team was clearly concerned about the tight end’s history.

Fiedorowicz was placed on IR in early September due to a concussion, and he returned to the Texans’ active roster in Week 10 before succumbing to his latest head injury last week. He finished what could be his final season with 14 catches for 127 yards.

The Texans have placed tight end C.J. Fiedorowicz (concussion) and wide receiver Bruce Ellington (hamstring) on injured reserve. Both players will be sidelined for the last four games of the regular season.

Fiedorowicz left Sunday’s game when he suffered his third concussion of the year. Thanks to head injuries, he appeared in only five games in 2017. He finishes out with 14 catches for 127 yards – not quite the encore he was hoping for after reeling in 54 catches for 449 yards and four touchdowns, all career highs. He’s scheduled to be back with the team in 2018 after signing a the three-year, $21.5MM extension in the offseason.

Ellington missed all of last season with the same injury. The former fourth-round pick is scheduled to reach free agency in March.

The 4-8 Texans will round out the season with games against the 49ers, Jaguars, Steelers, and Colts. The Texans’ 2018 first round pick – which would be in the top ten if the season ended today – is owned by the Browns.

This is the veteran tight end’s third this season. Fiedororwicz left the game in the first half. He suited up for his fifth game of the season on Sunday and fourth since coming off the Texans’ IR. But considering the frequency of these injuries, it would not be surprising to see the 26-year-old pass-catcher shelved for the remainder of the season.

Fiedorowicz went on IR for a concussion sustained in Week 1, but he also suffered a head injury during the preseason. Despite missing two months of action, the fourth-year tight end’s troubles avoiding these damaging blows have persisted.

The Texans signed Fiedorowicz to a three-year, $21.5MM extension this offseason — with $10MM guaranteed.

The Texans swapped out tight ends on their 53-man roster on Friday, activating C.J. Fiedorowicz from IR and moving Ryan Griffin to the injured list, Adam Schefter of ESPN.com reports (on Twitter).

Fiedorowicz suffered a concussion to induce an IR stay in Week 1 but will return Sunday, and James Palmer of NFL.com tweets the Texans expect him to play a key role.

Griffin was in concussion protocol this week, being ruled out for Sunday’s Rams game, and the head injury will likely end his season. Re-signed this offseason, Griffin caught 13 passes for 158 yards this season. He played in seven of the Texans’ eight games. Griffin sustained two concussions this season, one that’s been incredibly problematic for Texans tight ends.

Griffin’s shutdown will leave Fiedorowicz and Stephen Anderson as the only tight ends on the active roster. Fiedorowicz finished with 559 receiving yards and tied for the team high with four touchdowns last season. 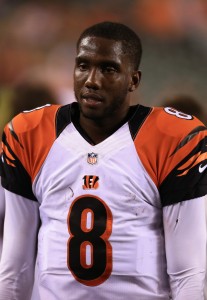 Tight end C.J. Fiedorowicz returned to practice today, and the Texans have officially designated him to return from injured reserve, according to Aaron Wilson of the Houston Chronicle.

Houston infamously lost all three of its tight ends — Fiedorowicz, Ryan Griffin, and Stephen Anderson — to concussions in Week 1, but Fiedorowicz’s was the most severe. Given that he had also suffered a concussion during the preseason, Fiedorowicz was placed on IR, as the Texans opted not to further risk his health.

The Texans never did replace Fiedorowicz with another tight end, so Griffin and Anderson have handled the position for the Houston’s 12th-ranked-DVOA offense. Griffin is third on the club with 12 receptions, and has also graded as an above-average run-blocker (No. 24 among 69 qualifiers, per Pro Football Focus). Anderson, a second-year pro, has managed nine catches for 136 yards.

Fiedorowicz, 26, was a major part of the Texans’ offense in 2016, as his 89 targets represented 15% of Houston’s target share. All told, he posted 54 receptions for 559 yards and four touchdowns, easily the best marks of his NFL career. The Texans rewarded Fiedorowicz with a contract extension just before the start of the season, inking him to a three-year, $23.5MM extension that locks him up through the 2021 campaign.

Less than two weeks after signing an extension, C.J. Fiedorowicz won’t be available for the Texans for a while. The team placed its starting tight end on IR after he sustained a concussion, Adam Schefter of ESPN.com tweets. 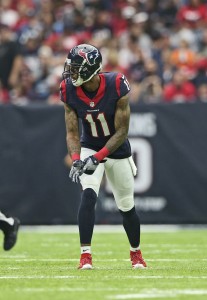 Fiedorowicz missed time with a concussion last season as well, and this latest head injury will shelve him for at least half of Houston’s season. The Texans re-signed Ryan Griffin this offseason but are thin behind him, with only second-year UDFA Stephen Anderson on the roster.

Fiedorowicz played in Week 1 but left with the concussion. With the Texans playing on Thursday, he was not going to be cleared in time for Week 2. He will now be out for much longer. Griffin also is in concussion protocol, making it likely Houston looks for tight ends soon. Brian Cushing and Bruce Ellington are also in the protocol, and Bill O’Brien didn’t sound optimistic Tuesday when assessing their chances for Thursday night.