Charvarius Ward has officially signed his second-round tender (Twitter link via ESPN.com’s Adam Schefter). Now, the Chiefs have the cornerback locked in for 2021 at a salary of ~$3.4MM. 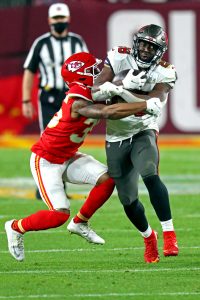 Ward joined the Chiefs as an undrafted free agent out of Middle Tennessee in 2018. After seeing time in 13 games as a rookie, Ward ended up starting 16 games in 2019 for the eventual Super Bowl champs. Ward finished that season with 74 tackles, ten passes defended, and two interceptions. He also added another nine tackles in three postseason games.

The 25-year-old started 13 of his 14 games in 2020, finishing the year with 51 tackles, one sack, and six passes defended. Then, he started in each of Kansas City’s three playoff games, collecting 18 tackles. Needless to say, the Chiefs didn’t want to let him get away. The second-round tender was enough to scare away would-be suitors, so he’ll return to KC and the starting lineup again this year.

Ward joined the Chiefs as an undrafted free agent out of Middle Tennessee in 2018. After seeing time in 13 games as a rookie, Ward ended up starting 16 games in 2019 for the eventual Super Bowl champs. Ward finished that season with 74 tackles, 10 passes defended, and two interceptions, and he added another nine tackles in three postseason games.

The 24-year-old started 13 of his 14 games in 2020, finishing the year with 51 tackles, one sack, and six passes defended. He also started each of Kansas City’s three playoff games, collecting 18 tackles.

Ward would certainly be an intriguing target for other front offices, although he may have some competition in restricted free agency. Patriots cornerback J.C. Jackson, who finished 2020 with nine interceptions, was also slapped with a second-round tender.

We learned earlier tonight that the Cowboys were trading cornerback Charvarius Ward to the Chiefs, and now we’re getting details on what they’ll be getting in return. ESPN’s Adam Teicher reports that Kansas City will be sending offensive lineman Parker Ehinger to Dallas. 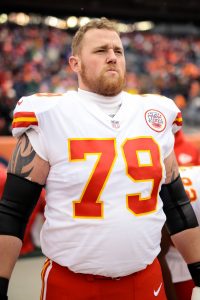 The 2016 fourth-round pick out of Cincinnati had difficulties staying on the field during his tenure with the Chiefs. He did start four of his five games as a rookie, but a knee injury ended his season prematurely. In 2017, Ehinger was limited to only one game (one start), but the Chiefs apparently had optimism that he’d be able to start at left guard this year.

However, the lineman was benched for Cam Erving during training camp, and Kansas City apparently decided that they were fine rolling with their current backups. That grouping includes Andrew Wylie, Bryan Witzmann, Jordan Devey and rookies Ryan Hunter and Kahlil McKenzie.

The 25-year-old will now try to crack the Cowboys roster, which is currently dealing with injuries to Marcus Martin and Travis Frederick. The six-foot-six, 310-pound Ehinger will presumably compete with Cameron Fleming, Chaz Green, Joe Looney, and Kadeem Edwards for backup reps.

Charvarius Ward is heading to Kansas City. ESPN’s Todd Archer reports (via Twitter) that the Cowboys are trading the rookie cornerback to the Chiefs. The deal is expected to be finalized on Friday.

Ward had a standout collegiate career at Middle Tennessee State, compiling 74 tackles, two interceptions and 13 passes defended over the past two seasons. After going undrafted during this past year’s draft, he ended up catching on with the Cowboys.

The organization gave the rookie a chance to show his talent, as Ward ended up playing in 58 snaps through three games this preseason. The six-foot-one, 201-pound cornerback compiled seven tackles and a pair of passes defended during those outings.

As ESPN’s Adam Teicher tweets, the move is unlikely to shake up the Chiefs’ depth chart. Ward will likely slide into the team’s sixth and final cornerback spot behind Kendall Fuller, Steven Nelson, Orlando Scandrick, David Amerson, and Tremon Smith. This means Keith Reaser, Will Redmond and Makinton Dorleant are either competing for a final roster spot or at risk of being cut.

The Cowboys have added 18 undrafted players to their offsaeason roster. Here’s the full breakdown:

The Cowboys have found gems in the UDFA ranks before, including quarterback Tony Romo and offensive lineman La’el Collins. In total, the Cowboys now project to head into camp with 27 rookies.

Sturm threw for 2,185 yards and 15 touchdowns against five interceptions while completing 62.3% of his passes last year. He came to UTSA as a walk-on and did not earn a scholarship until 2016, so he has a history of achieving when up against long odds. In the ’16 season, he set a UTSA record with 20 passing touchdowns.

Chunn isn’t the speediest running back in the world, but he does offer the ability to catch passes out of the backfield. In his final two years on campus, he caught 58 passes. The Cowboys have three established running backs in Ezekiel Elliott, Rod Smith, and Trey Williams plus seventh-round pic Bo Scarbrough. Fullback Jamize Olawale is also under contract.