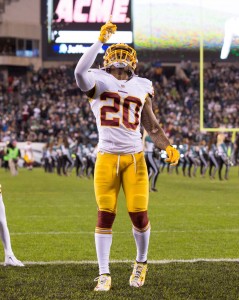 The Cowboys signed safety Danny McCray to a one-year deal, as Todd Archer of ESPN.com writes. McCray spent the first four years of his career with the Cowboys before joining the Bears last year to follow special teams coach Joe DeCamillis. The former Cowboys UDFA signing played in 15 games last season and had 10 special teams tackles. Here’s a look at the rest of the moves the Cowboys made today..

One of the heartiest post-game reads around is the Chicago Tribune’s Brad Biggs’ “10 thoughts,” and this morning’s wrap-up of the Bears’ loss in Seattle is full of tid-bits:

The Bears have agreed to terms on one-year contracts with safeties Craig Steltz and Danny McCray, the team announced today (via Twitter). It’s a return to the team for Steltz, while McCray will head to Chicago from the Cowboys.

Steltz saw limited action on defense, playing 88 of his 123 total snaps in Week 13 against the Vikings, according to Pro Football Focus (subscription required). However, the 27-year-old was a core piece of the special teams unit, recording 12 tackles on kick and punt returns.

McCray, 26, played a similar role in Dallas, only seeing nine total snaps on defense, but logging seven special teams tackles. The LSU alum played a larger role in 2012, starting 10 games at strong safety, but figures to assume a reserve role in Chicago.

While Cowboys owner Jerry Jones said yesterday that a decision needs to be made on DeMarcus Ware, he took it a bit further on today’s SportsCenter. As Jon Machota of the Dallas Morning News writes, Jones is certainly not guaranteeing that Ware will return:

“There’s no question when you are where we are on the cap… and you have a defensive player that’s your highest paid defensive player, and he hasn’t been on the field much the last two years, that has to be considered,” Jones said. “You can’t have it all.”

As the Cowboys figure out what to do with Ware and his huge cap hit, let’s see what else is happening around the NFC East…