Darren Sproles makes his offseason home in California and, on paper, his experience be a welcome addition to the 49ers‘ roster. However, Matt Barrows of The Sacramento Bee can think of a few reasons why he wouldn’t be a great match for the Niners. 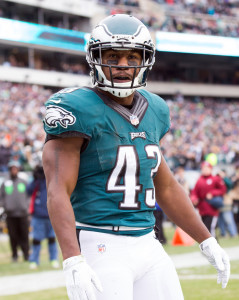 For one, the 49ers likely would be wary of striking a new deal with a runner who turns 33 next month. San Francisco has already bid farewell to several notable names that were north of 30, including Frank Gore, Vernon Davis, and Anquan Boldin. And, even if SF really wanted him, the Eagles would probably be hesitant to help out their former head coach in any way. For what it’s worth, the Eagles say Sproles is not available, even though the team reportedly received trade inquiries on him during the draft.