This has been a rough season for the Bills so far. Today, Buffalo announced that star wide receiver Sammy Watkins has been placed on IR. 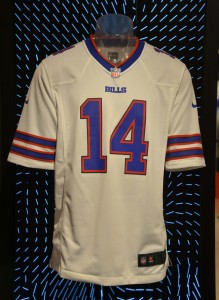 There is no surgery scheduled for Watkins, though he will visit Dr. Robert Anderson to be sure, Ian Rapoport of NFL.com tweets. The plan for Watkins will consist of rest and rehab.

Watkins could potentially return after two months thanks to the league’s new IR rules, but it’s not immediately clear if that’s a possibility for the wide receiver. Of course, if the Bills’ season keeps going in the same direction, it’s unlikely that Watkins would be activated even if he’s healthy later on in the season. Buffalo is currently 1-2 heading into a tough matchup against the Patriots on Sunday. Meanwhile, they’re missing several starters on the other side of the ball.

The Bills went all-in on Watkins in the 2014 draft, trading the No. 9 overall pick, their first-round choice in 2015, and a 2015 fourth-rounder to acquire him. From a talent perspective, Watkins proved to be as good as the hype. Unfortunately, he hasn’t been able to stay healthy. Watkins bravely played through the pain in 2015 but his foot only got worse with time.

With Watkins sidelined for at least eight weeks (and possibly the full season), one has to wonder if coach Rex Ryan will be able to keep his job for 2017. It’s only Year 2 for Rex in Buffalo, but there have been rumblings about his job security for months. Ryan will have to get some Ws out of his team without some of their most important players this year, including the dynamic Watkins.