Although Broncos linebacker Shaquil Barrett won’t require surgery for his ailing hip, he’s still expected to miss a good deal of time leading up to the 2017 campaign, and could potentially be sidelined for the beginning of the regular season, according to Mike Klis of 9News. Additionally, because Barrett injured his hip doing a plyometric exercise outside the Broncos’ purview, Denver could choose to place the 24-year-old edge rusher on the non-football injury list. If the Broncos opt for that course of action, they would have the right to rescind a portion of Barrett’s $615K base salary, per Klis. A former undrafted free agent with two accrued seasons under his belt, Barrett is scheduled to become a restricted free agent in 2018. 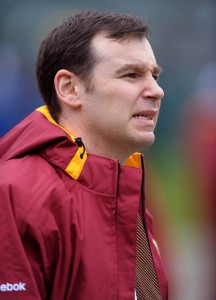 An internal hire has always been on the table for the Redskins, although another incumbent executive — senior personnel man Doug Williams — had been viewed as the favorite to earn a promotion. Meanwhile, other reports have indicated Washington may not even add a formal general manager, and may instead opt to re-apportion duties inside the front office, with Schaffer among those taking on larger responsibilities. Whichever course the Redskins choose, team president Bruce Allen is expected to retain a great degree of control.

Schaffer, Washington’s lead contract negotiator, has worked for the Redskins for 14 years, with a decade spent in his current role. Additionally, he’s the Redskins’ general counsel, advising the club on all legal issues. Prior to his Redskins employment, Schaffer worked as a lawyer for the IMG agency.

Most NFL teams are under the impression retired quarterback Tony Romo will play again, according to Mike Freeman of Bleacher Report, who indicates clubs think Romo’s return to the league could happen “sooner” rather “than later.” 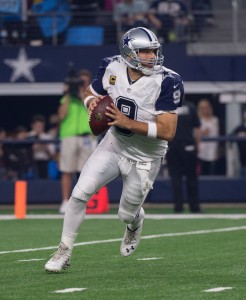 Romo, of course, announced his retirement last month and subsequently signed on to become CBS’ lead football commentator, replacing Phil Simms alongside Jim Nantz. Any comeback attempt, then, would likely be precipitated by a club — probably a contender — suffering an injury at the quarterback position. Indeed, several decision-makers tell Freeman that if their signal-caller goes down in the near future, Romo will be “will be one their first phone calls.”

Although he did retire, the 37-year-old Romo didn’t officially rule out an eventual return to the NFL, instead opting to say he was “99%” retired and cautioning observers to “never say never” to the possibility of a comeback. More importantly, the Cowboys chose to release Romo following his retirement announcement, meaning Dallas no longer holds Romo’s rights. If he does decide to re-enter the league, Romo will be free to choose his next team unfettered.

It’s not difficult to see why NFL teams will try to lure Romo out of retirement if the need for a quarterback strikes, as the only free agent passers with any sort of starting experience are Colin Kaepernick and Robert Griffin III. Romo, clearly, boasts a more successful track record than either of those options or the rest of the available quarterback class, which includes the likes of Shaun Hill, Zach Mettenberger, and Dan Orlovsky.

Dalvin Cook signed his rookie contract with the Vikings on Wednesday, the team announced. The second-round running back said a deal might be “pretty close” earlier today and was accurate.

The Florida State running back’s deal is for four years. All 11 Vikings draft picks are under contract.

The only player to rush for more than 4,000 yards in three ACC seasons in conference history, Cook will compete with Latavius Murray and Jerick McKinnon for the Vikes’ starting running back job. But with Murray’s deal only locked in for this season and McKinnon a 2018 free agent-to-be, this backfield looks to be Cook’s long-term, provided the runner can live up to the billing.

Sharrif Floyd addressed his status on Wednesday from Vikings OTAs. Reports of the defensive lineman’s career being in jeopardy don’t appear to be entirely off base, with the fifth-year player unsure he’ll be able to play this season. 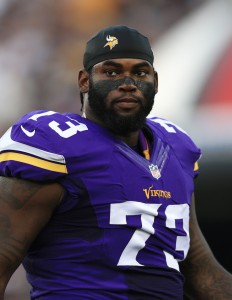 Floyd won’t go that far, but he did say it “might be a little too early to say” if he’ll play for the Vikings in 2017. This is the final year of the interior defender’s contract.

“No one has said that,” Floyd said, regarding the reports of this nerve issue he’s battling being a career-threatening ailment (via Andrew Krammer of the Minneapolis Star Tribune). “I think it’s just a rumor going around right now. But right now, I think everything is going to be all right. It’s just a matter of when.”

The former Florida defender declined to go into specifics today with media about the nature of his injury. But he missed all but one game in 2016 due to a knee problem and underwent arthroscopic surgery on the troublesome right knee. The corrective surgery, though, did not return the 26-year-old Floyd to full strength. In the spring, Floyd’s right quadriceps muscle wasn’t functioning properly, per Krammer, who writes the nerve controlling it was affected during surgery. With the season barely three months away, Floyd said he has not resumed running.

Floyd’s fifth-year option salary of $6.757MM became fully guaranteed when he was unable to pass a physical once the 2017 league year began. Minnesota has taken protection steps this offseason in case Floyd can’t go, signing Datone Jones from the Packers — and moving him to defensive tackle after he played end in Green Bay’s 3-4 look — and drafting Iowa’s Jaleel Johnson in the fourth round. Tom Johnson is working alongside Linval Joseph with the first unit, per Krammer.

Melvin Ingram, Le’Veon Bell Likely To Stay Away From Workouts

The final two franchise-tagged players yet to sign their tenders or reach a long-term deal with their respective teams, Le’Veon Bell and Melvin Ingram, aren’t expected to show at team facilities any time soon, Ian Rapoport of NFL.com reports. 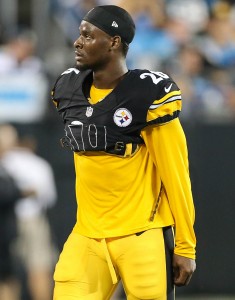 It would be a surprise if the Steelers running back and Chargers edge defender participated in OTAs or minicamp, per Rapoport, who adds Ingram is more likely to stage a holdout come training camp if he and the Bolts are unable to come to a long-term agreement by July 15.

Bell, conversely, remains in talks with the Steelers on a long-term pact, and Rapoport notes neither Bell (attached to a $12.1MM tag) nor Pittsburgh management is worried about the running back’s status.

Rapoport adds that no firm decisions are in place yet for these two talents, but they are the last two of their ilk during an offseason that hasn’t seen quite the tag drama as in years past. Chandler Jones, Jason Pierre-Paul and Kawann Short have already come to agreements on lucrative extensions, and Kirk Cousins and Trumaine Johnson are working out with their respective teams after signing their tenders.

Ingram’s situation could resemble Eric Berry‘s if the sides can’t agree by the deadline. The safety did not receive a long-term commitment from his team and did not rejoin the Chiefs until late August of last year. Rapoport points out the Chargers’ struggles striking deals with tagged performers Vincent Jackson and Darren Sproles as examples of why Ingram’s path to an extension may be more complicated than Bell’s.

Since the Chargers tagged Ingram in February, no updates have emerged about progress in talks on an extension. The Chargers have changed significantly since Ingram was last on the field, moving from San Diego to Los Angeles and changing from a 3-4 scheme to a 4-3 alignment. Ingram spent his entire five-year career in a 3-4 look, so the career outside linebacker’s fit under Gus Bradley isn’t as certain as it was under John Pagano. But the Bolts using the $14.6MM tag on Ingram provides a good illustration of their view of the defender.

However, more Ingram deal parameters emerged after Pierre-Paul and Jones inked their extensions. Bell is expected to become the league’s highest-paid running back, so the Steelers won’t have other contracts to work off of like the Chargers do this summer.

Michael Burton will remain employed by an NFC North franchise after the Bears claimed him on waivers, Field Yates of ESPN.com tweets. The Lions waived Burton on Tuesday to make room for Matt Asiata.

This NFC North carousel concludes with two running backs changing teams within the division. Burton will join a Bears team that has a fullback vacancy after the team made the decision to waive Paul Lasike earlier this month.

Burton started seven games for the Lions as a rookie in 2015, but once Jim Bob Cooter took over the offensive reins midway through that season, a fullback was no longer a necessity. Burton played only 95 snaps last season and did not touch the ball on offense. The Bears figure to use him on special teams as well. They didn’t feature much work from an official fullback themselves in 2016.

The 25-year-old Rutgers product is under team control for two more years, per the terms of his rookie contract that the Bears are picking up.

Marcus Cromartie signed with the Bills in April, but his stay in Buffalo concluded after barely a month. But the Seahawks made the decision to add the defensive back today, signing Cromartie and safety Jordan Simone, the team announced.

In doing so, Seattle cut running back Troymaine Pope and rookie UDFA wideout Speedy Noil. Pope was part of what’s become a deep cadre of running backs. Other cuts at that position will be coming in the ensuing summer months.

Cromartie caught on with the Bills in early April but was waived after the draft. The Seahawks are listing Cromartie as a safety here, so the 6-foot-1 cornerback might be in line for an official position switch. Cromartie has served as a depth player during his three-year career, playing in 21 games (with one start) for the 49ers from 2014-16. The 26-year-old defender was originally a UDFA out of Wisconsin.

Pope signed with the Seahawks last year as a UDFA, and after a stint with the Jets, returned to the team during the season. The Seahawks extended Pope an ERFA tender, which he signed in April. Pope earned a promotion from the Hawks’ practice squad in November but went on IR in December. Eddie Lacy joining the Seahawks adds to a roster housing Thomas Rawls, C.J. Prosise, Alex Collins and recent waiver claim Mike Davis.

An Arizona State product, Simone was a Seahawks tryout player earlier this month. Noil caught on with the team in May after a successful tryout.