Throughout the season, the conflict between the Jets and star safety Jamal Adams played out on the pages of New York tabloids. For his part, GM Joe Douglas hopes that drama is in the “rear-view mirror.” And, with that in mind, he believes a long-term deal could be on the horizon. 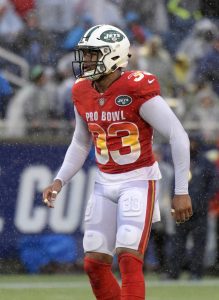 “The plan is for Jamal [Adams] to be a Jet for life,” Douglas told reporters on Tuesday (Twitter link via ESPN.com’s Rich Cimini).

Douglas reiterated that there have been preliminary discussions with the Pro Bowler’s camp, but he didn’t offer up much detail beyond that. Adams has been lobbying for a new deal for a long time and he’s open to staying with Gang Green. Still, he wants to be paid appropriately, which would mean a substantial raise from his rookie deal. Per the terms of his rookie deal, Adams is set to earn just $3.5MM in 2020.

Both sides are keeping mum on details, but it’s safe to say that Adams’ camp has Eddie Jackson‘s four-year, $58.4MM deal in mind. That pact, which includes $33MM guaranteed, is the richest deal for any safety in the NFL on a per-year basis. Landon Collins‘ six-year, $84MM contract is the highest overall sum for any safety in the league, but guaranteed dollars and AAV are the true measures of a contract’s value. Besides, Adams won’t turn 25 until October and the salary cap is set to skyrocket even further, so a four-year deal or something similar would make sense for him.

The Jets shopped Adams before last year’s trade deadline, even after he told the team that he wanted to stay put. This rankled the Jets’ defensive superstar and led many to label him as a trade candidate this offseason. Until a new deal is signed to make him a “Jet for life” (or, something close to it), the speculation will continue.

5 comments on “Jets Want To Keep Jamal Adams “For Life””