Jamal Adams wants out. Last week, after taking a couple of shots at the Jets via social media, the star safety formally requested a trade. For now, the Jets are holding the line, but Adams feels that he can force their hand. 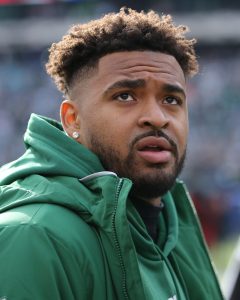 Contractually speaking, the Jets hold all the cards. Adams is under contract through 2021 thanks to his fifth-year option and the Jets aren’t exactly rushing to give him an early extension. Then, after 2021, the Jets could theoretically use the franchise tag to keep him away from the open market, perhaps even twice to delay his free agency for several more years.

Still, Adams is livid. He says the Jets told him that their extension proposal was in the mail in January. Months later, he has yet to receive that offer, and he’s not taking the pandemic as an excuse. For months, we’ve heard that Adams would look to become the league’s highest-paid safety by a healthy margin. Now, per one report, Adams has advanced his asking price even further. He wants to become the league’s highest-paid defensive player, which means a deal in excess of $20MM/year.

Interestingly, Adams is reportedly willing to table his extension demand for certain teams. The 24-year-old (25 in October) says he’d be willing to play for the Chiefs, 49ers, Cowboys, Ravens, Eagles, Texans, Seahawks, or Buccaneers. At least a few of those eight teams could trade for Adams and wait until next year before getting into talks.

“[Adams] was a big reason I was excited about coming here,” Jets GM Joe Douglas said earlier this year. “I feel this guy is a core player. The main goal that I’m trying to do right now is to surround him with like-minded players, because we know Jamal is a dog.”

The Jets clearly want to smooth things out, but it’s fair to wonder whether this situation is beyond repair. In the past, the Jets have rebutted trade offers from the Ravens and Cowboys by setting a sky-high asking price, but they’re working with significantly less leverage now that Adams has gone public with his complaints.

Will the Jets trade Adams? Cast your vote below (link for app users) and back up your choice in the comment section.

10 comments on “Poll: Will The Jets Trade Jamal Adams?”