We already expected the Russell Wilson trade rumors to swirl in the upcoming offseason, just as they did earlier this year, and Ian Rapoport of NFL.com is helping to fan those flames before the calendar flips to 2022. Earlier this week, independent reporter Jordan Schultz said that the Seahawks’ franchise QB would consider waiving his no-trade clause for the Broncos, Giants, and Saints (Twitter link), and Rapoport’s sources have confirmed that report. 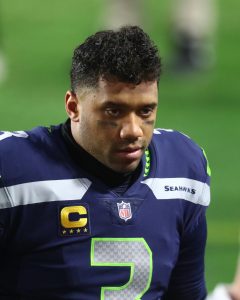 Underscoring the trade chatter that began in earnest in February was the fact that Wilson’s agent, Mark Rodgers, told the Seahawks that, if the team were to consider a trade, Wilson would be open to the Cowboys, Saints, Raiders, or Bears. The Cowboys and Bears have since addressed their QB situations, and while it’s unclear what direction the Raiders will go in 2022, the Saints clearly still need quarterback help. Meanwhile, the Broncos and Giants profile as clubs that could seek an upgrade in the coming months, so it stands to reason that Wilson would add those outfits to his list.

As Jonathan Jones of CBS Sports recently pointed out, the Giants — who are presently slated to have two top-10 picks in the 2022 draft — have the resources to get a deal done, and the New York lifestyle is one that would appeal to Wilson and his celebrity wife, Ciara. Big Blue is likely to move on from GM Dave Gettleman, ownership is starting to get impatient with the Giants’ poor performance in recent years, and a Wilson trade could immediately propel the team back into contention.

The Broncos, of course, have been connected to both Aaron Rodgers and Deshaun Watson, so GM George Paton would have to think long and hard about Wilson if the seven-time Pro Bowler is indeed open to a move to Denver. However, neither the Broncos nor the Saints presently have the draft capital that the Giants possess.

The latest reporting on the Seahawks’ mindset suggested that the club may be more amenable to moving Wilson in 2022 than it was in 2021, though as Rapoport writes, Seattle is still largely in control of the situation. Wilson is under contract through 2023, and the ‘Hawks could deploy the franchise tag after that if necessary.

On the other hand, Wilson could make life difficult for the team if he decides he wants to leave, and when asked about the Schultz report, he did not offer a denial of any kind. He said simply, “I’m focused on what we’re doing here. Obviously I love Seattle. This is a place I’ve loved every day, every moment.”

The 4-8 Seahawks will attempt to keep their slim playoff hopes alive by taking down the 2-10 Texans this afternoon.