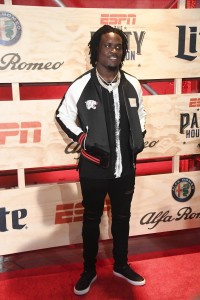 The recently-turned 33-year-old spent nine years with the Chargers. Beginning in 2014, he emerged as a disruptive presence against both the pass and the run, eclipsing the 10-sack mark in 2015 and 2017. The latter campaign saw him earn the first of three consecutive Pro Bowl nods.

Ingram ended his tenure with the team this offseason, signing with the Steelers to bookend All-Pro T.J. Watt. The move was met with optimism from both an individual and team perspective, but things didn’t go according to plan at any point during the season. Playing a smaller role than he did at any point as a starter with the Chargers, Ingram totalled just 10 tackles and one sack as a Steeler.

In November, Pittsburgh honored his trade request, sending him to Kansas City. He matched his sack total from his brief Steelers tenure, but his arrival coincided with the Chiefs’ general defensive turnaround, and he added a pair of sacks in three postseason games. As a result, the team expressed an interest in re-signing the South Carolina alum.

That possibility seemed to grow in likelihood when the Chiefs placed the rarely-used UFA tender on Ingram. Doing so would have given them exclusive negotiating rights after July 22nd, while guaranteeing Ingram a Chiefs contract of at least $4.4MM. As a result of this deal with the Dolphins, Kansas City will be in line for a compensatory pick next year.

While it may come as a slight surprise Ingram is on the move once again, the fact that his destination is Miami shouldn’t be one. The Dolphins hosted him just over one month ago, signalling their interest. He will join a Dolphins edge group which already featured the re-signed Emmanuel Ogbah and 2021 first-rounder Jaelan Phillips. Ingram should be able to play at least a rotational role on what figures to be a strong Miami defense.