In contention for the Jaguars’ quarterbacks coach position, Mike Sullivan will instead land in Pittsburgh. The Steelers are hiring the former Giants and Buccaneers offensive coordinator, Mike Garafolo of NFL.com tweets. Sullivan, 53, will replace Matt Canada, who is now the Steelers’ OC. Pittsburgh’s QB coaching role grew in importance recently, with the Steelers giving Dwayne Haskins an opportunity to reboot his career. While Ben Roethlisberger is planning to return for an 18th season, Sullivan will have multiple developmental QBs — Haskins and Mason Rudolph — to mentor. Sullivan has not coached since the 2018 season, when he served as the Broncos’ QBs coach.

Here is the latest from the AFC’s coaching carousel: 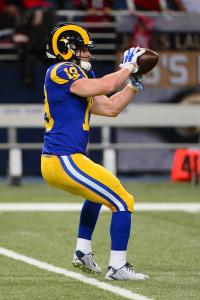 The Chargers made several coaching moves today and have finalized their coaching staff for the upcoming season, according to the team’s website. These moves include the promotion of offensive quality control assistant Nick Sirianni to the role of quarterbacks coach; the hiring of Bobby King as assistant linebacking coach; and the hiring of Shane Steichen as quality control-offense.

Sirianni’s promotion comes in the wake of Head Coach Mike McCoy‘s decision to promote previous quarterbacks coach Frank Reich to offensive coordinator for the 2014 season. Prior to joining the Chargers last season, Sirianni served as a quality control coach with the Chiefs, where he was instrumental in helping Matt Cassel receive All-Pro honors in 2010.

King will be fulfilling the same assistant linebackers coach role in San Diego as he did last year for the Texans. King has enjoyed coaching success over the past few years. In 2009, as defensive line coach, he helped West Texas A&M reach its first bowl game since 1967. In the following years, he served on the Cowboys and Texans’ defensive staffs, helping the Houston defensive become one of the most effective in the NFL from 2010-2011.

Steichen worked for the Chargers as a defensive assistant from 2011-2012 and worked with the Browns last season as an offensive quality control coach.