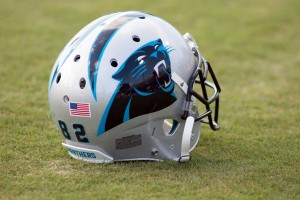 All three potential contenders for the Carolina position have ties to the Panthers organization. Cowden, who interviewed for the Chiefs’ vacancy last month, spent 16 years with the Panthers before taking a position with Tennessee last summer. Likewise, Schoen worked for Carolina from 2001-08, and is now under the employ of former Panthers executive Brandon Beane in Buffalo. Morrow, the only internal candidate named in Florio’s report, was promoted to director of college scouting as part of a Panthers’ personnel reshuffling in May.

As Florio notes in a separate piece, it seems unlikely the Panthers would move on from Gettleman at this time of year without having a general idea on replacements. However, given the timing of the move, an interim general manager could also make sense, as Joseph Person of the Charlotte Observer wrote earlier today.

NFL owners passed a resolution today that will no longer allow clubs to block prospective general manager candidates from interviewing elsewhere simply because the new role doesn’t come with final 53-man roster authority, reports Albert Breer of TheMMQB.com (Twitter link). Earlier today, the league’s owners also voted to eliminate the 75-man roster cutdown and allow teams to bring two players — instead of only one — off the injured reserve list during the season. One rule change that wasn’t voted on: granting clubs a roster exemption for players who’ve suffered a concussion, per Ben Volin of Boston Globe (Twitter link), who adds that proposal could be reintroduced next year.