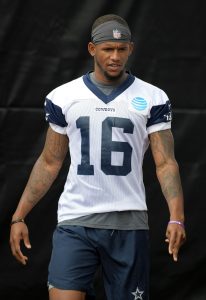 Expectations are high for the Redskins this year, but that doesn’t bother head coach Jay Gruden.

“I felt pressure the moment I signed the contract,” Gruden said (via John Keim of ESPN.com). “That’s the way it is here in D.C. Everyone expects a winner. I know Mr. Snyder does and Bruce [Allen], the whole city and the fans. I’ve been fortunate enough to get to this without winning a playoff game. I understand the expectations are high. We’ve put ourselves in position that it should be high, given the talent on this team.”

In Gruden’s opinion, this year’s Redskins roster is the club’s most talented since he was hired in 2014. Indeed, the Redskins do have more depth on the defensive line and at running back than they’ve had in years past, but the quarterback position remains a question mark for most. The Redskins believe that Alex Smith is an upgrade over Kirk Cousins, but plenty of people in the football world disagree with that notion.

The Rams have agreed to terms with seven undrafted free agents, the club announced today:

Scales began his collegiate career at Indiana by earning freshman All-American honors before being named second-team All-Big Ten during his senior year. Per Lance Zierlein of NFL.com, Scales is a “vocal leader” who offers “elite instincts,” but could struggle to add weight to what is already a small size. Scales put up a whopping 36.5 tackles for loss over the past two seasons, and also put up 13 sacks over that same period.