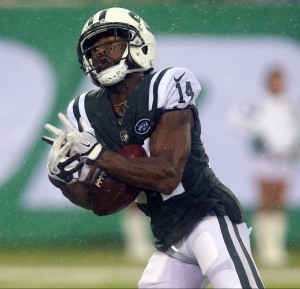 The Bills hosted defensive tackle Tenny Palepoi on a free agent visit yesterday, reports ESPN’s Field Yates (via Twitter). This is the first reported visit for the 27-year-old. 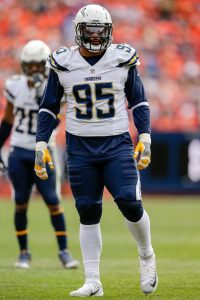 The 2014 undrafted free agent out of Utah had spent the first four seasons of his career with the Chargers organization. He missed the 2015 season after fracturing his foot, but he otherwise hasn’t missed a regular season game due to injury (he missed four games between 2016 and 2017 due to a suspension for performance-enhancing drugs). Palepoi had his most productive season in 2017, compiling 24 tackles and one sack in 15 games. The lineman didn’t play enough snaps to earn a spot on Pro Football Focus‘ positional rankings, but his score would have landed outside the top-100 among interior defenders.

If the free agent were to join the Bills, it’d be a reunion of sorts for the defender. As Yates notes, Palepoi played with new Bills defensive tackle Star Lotulelei when the two were in college. Palepoi would certainly have competition for playing time, as Buffalo is also rostering defensive tackles Kyle Williams, former third-rounder Adolphus Washington, and Rickey Hatley.

Ryan Tannehill will get a second opinion on his knee Tuesday after learning earlier today he didn’t tear an ACL but rather sprained his ACL and MCL. The plan for now is for the Dolphins to trot out backup Matt Moore in the next two games in which Tannehill will definitely not play, Armando Salguero of the Miami Herald reports, and give the franchise passer a chance to stabilize the knee before contemplating a potential Week 17 return against the Patriots.

Salguero notes if the Week 17 game against the Patriots is meaningful for the Dolphins’ playoff hopes and Tannehill wouldn’t risk long-term knee damage, Adam Gase will hound his training staff with questions and consider starting him in a game that could well have home-field advantage on the line for the Pats. However, Salguero notes Tannehill’s ACL is partially torn since it’s been categorized as a sprain, and there will likely be a risk of a full tear if he returns in three weeks.

Additionally, if Tannehill cannot recover in time for the New Year’s Day tilt, the Dolphins will keep him on the roster in 2017 to guarantee $14.5MM of his salary next season. The team will reinstall the former first-round pick as its starting quarterback next season, Salguero writes, with the Jay Cutler talk no longer being a possibility despite Tannehill’s cap number escalating from $11.6MM to $20.3MM.