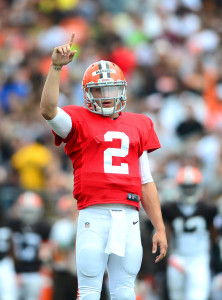 The TMZ report specifies that Manziel’s suspension is for substance abuse, but Jeremy Fowler of ESPN.com reports that Manziel will be subject to the NFL’s personal conduct policy if he returns to the league. Manziel was involved in a domestic violence incident with his ex-girlfriend earlier this year, and is thought to be the subject of an NFL investigation. Earlier this week, Manziel’s father spoke out about his son, labeling him a “druggie” and indicating that he needs help and rehabilitation.

Clearly, this suspension only adds to any reluctance a club would have when considering signing Manziel. Manziel does need to be on an NFL roster to serve the ban — in other words, even if he signs in Week 5, he’ll still have to sit out four games. But if he doesn’t return to the league in 2016 (which at this point seems likely), the suspension will not roll over to 2017, according to TMZ. There will be no appeal of the ban, according to Mike Garafolo of FOX Sports (Twitter link), because Manziel has refused to cooperate with the appeals process.

Richardson, meanwhile, avoided jail time for a July 2015 incident in which he was charged with resisting arrest, speeding, and running a red light, but he won’t evade punishment from the NFL. This marks the second suspension for Richarson, who also missed the first four games of last season after violating the league’s substance abuse policy. The former-first round pick will lose nearly $475K in base salary as a result of the suspension. 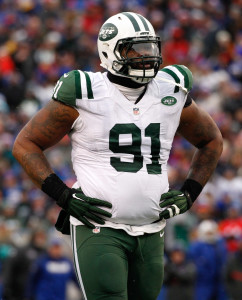 New York faces the Bengals in Week 1, so the club will have to count on other defensive lineman to compensate for the loss of Richardson. As Roster Resource shows, Gang Green has a solid stable of lineman it can rely on, including last year’s first-round pick Leonard Williams, All Pro Muhammad Wilkerson, and free agent signings Steve McLendon, Jarvis Jenkins, and Shelby Harris, among others.