4:37pm: The Redskins have officially announced the trade, which seemingly indicates that Stork is not going to retire.

1:49pm: Turns out, the Patriots didn’t cut Bryan Stork after all. The center has been traded to the Redskins, according to Ian Rapoport of NFL.com (on Twitter). 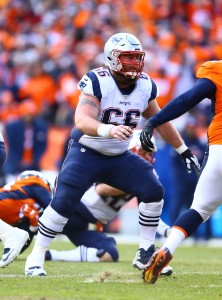 On Wednesday morning, it was reported that the Patriots were set to release Stork. Instead, the Redskins swooped in and offered up a conditional draft pick for the veteran center.

Stork can provide some much needed depth for the Redskins at center. Starter Kory Lichtensteiger was limited to five games last season and would-be backup Spencer Long is ticketed to play left guard with Shawn Lauvao sidelined. Josh LeRibeus is the team’s other option at center, but he struggled in that role in 2015.

Stork, 25 (26 in November), emerged as the Patriots’ starting center just four weeks into his rookie season in 2014, and finished the year there. Pro Football Focus’ grades suggested that Stork’s performance was somewhat up and down, but most of his worst performances came during the first half of the season. In 2015, Stork suffered a concussion which limited him to just eight games.