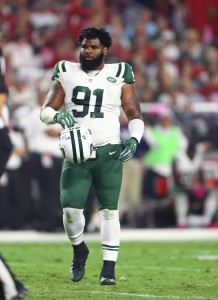 The Jets and Seahawks had been discussing the concept of this deal for weeks, as Ian Rapoport of NFL.com tweets. New York, of course, had been shopping Richardson for much longer than that. Seattle reportedly showed interest earlier this year, but it wanted Richardson to accept a paycut from his $8.069MM base salary. This time around, the Seahawks agreed to take on his full salary. The Seahawks were able to take the hit after reworking receiver Doug Baldwin‘s contract and shedding Kearse’s $2.2MM salary in the trade.

Richardson certainly has his warts, which may have contributed to a limited trade market. For one, he wasn’t all that effective last season, as Richardson managed only 1.5 sacks in 15 games (though he still graded out as the NFL’s No. 31 edge defender, per Pro Football Focus). Richardson also comes with off-field question marks, as he has a substance abuse suspension in his past, and has dealt with commitment and tardiness issues.

But, if healthy and motivated, the addition of Richardson would give the Seahawks arguably the best front seven in the NFL. Richardson, who can conceivably play either along the edge or on the interior, would join a Seattle defensive unit that also includes Michael Bennett, Frank Clark, Cliff Avril, Bobby Wagner, and K.J. Wright on the front end, and the vaunted Legion of Boom in the back end. 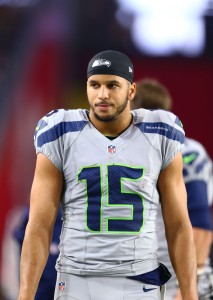 The Jets, meanwhile, needed a wide receiver following a season-ending injury to Quincy Enunwa, and Kearse will add experience to a group that includes rookies ArDarius Stewart and Chad Hansen. Kearse, 27, posted 41 receptions for 510 yards a season ago, but Seattle has developed enough wideouts — including Paul Richardson, Tyler Lockett, and Kasen Williams — that Kearse wasn’t needed any longer. The Seahawks had been shopping him earlier this week, and the Browns were among the interested parties.

For a rebuilding club like New York, adding a veteran piece such as Kearse doesn’t make a ton of sense, so it’s possible the Jets took on Kearse simply to help offset Richardson’s salary. Gang Green won’t take on any dead money by trading Richardson, while Seattle will incur roughly $1.83MM in dead cap during the upcoming season as a result of dealing Kearse.

Gee Scott of ESPN Radio (on Twitter) first reported that Kearse had been traded to the Jets.