Former Jaguars cornerback Aaron Colvin is expected to sign a four-year deal with the Texans, a source tells Adam Schefter of ESPN.com (on Twitter). Colvin will earn $34MM over the life of the contract, and receives $18MM in guarantees, per Mike Garafolo of NFL.com (Twitter link). Colvin ranked as one of our 25 best available free agents available. 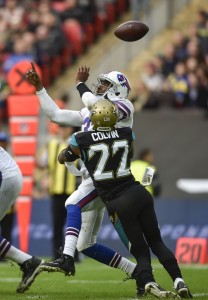 We had Colvin slotted as the sixth-best cornerback in free agency last week, behind Trumaine Johnson, Malcolm Butler, Bashaud Breeland, E.J. Gaines, and Morris Claiborne. Colvin has beaten them all to the punch by agreeing to terms.

Colvin looked likely to depart given the financial commitment the Jags made to Bouye and the one they likely will make to Ramsey in the future. For the Texans, this could impact their pursuits of Butler and Gaines. However, with Colvin playing in the slot, the team could still pursue one of those players.

Houston entered the day with $65MM in cap space, and Kareem Jackson is entering the final year of his contract. If necessary, he could be cut with $6MM-plus in savings. So, Colvin may represent the first piece of the puzzle to help a Texans team that may be retooling at corner. Johnathan Joseph, a Houston starter since 2011, is also a UFA.