The Bears are set to exercise Roquan Smith‘s fifth-year option (Twitter link via NFL.com’s Ian Rapoport). As shown in our fifth-year option tracker for 2018 first-round picks, the linebacker is slated to make $9.735MM in ’22. 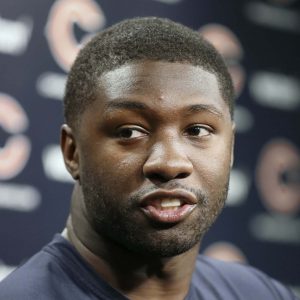 Smith, the No. 8 overall pick in the ’18 class, has started in 42 of his 44 games for the Bears. Last year, he enjoyed a breakout season as he compiled 139 tackles, 18 tackles for a loss, four sacks, seven passes defensed, and 2 interceptions. Some of this offseason’s fifth-year options decisions are tricky, but this one was basically a no-brainer for the Bears.

Bears GM Ryan Pace hasn’t hit on all of his first-round picks, but Smith has worked out better than the likes of wide receiver Kevin White or quarterback Mitchell Trubisky. Technically, Smith is the second of Pace’s four first-rounders to get their option picked up, though Leonard Floyd was released before he could play his fifth year in Chicago.