Bill O’Brien‘s final weeks with the Texans were trying, with the team going 0-4 and the former head coach-GM’s near-universally panned DeAndre Hopkins trade benefitting the Cardinals early. But the since-fired HC also was involved in some internal turmoil, with Aaron Wilson of the Houston Chronicle reporting O’Brien engaged in heated disputes with J.J. Watt and first-year defensive coordinator Anthony Weaver at a recent practice (Twitter link). O’Brien also verbally sparred with other staffers in his final weeks, per Wilson. That can be expected given the Texans’ start, but the Watt argument may have been a tipping point. The dispute with Watt — arguably the defining player in Texans history — resulted in O’Brien losing the team, in the view of one source (via ESPN.com’s Dianna Russini). The O’Brien-Watt argument took place days before the Texans’ loss to the Steelers.

Here is the latest from the South divisions, moving first to more Titans news:

The Buccaneers pulled off an impressive comeback to beat the Chargers on Sunday, but they didn’t escape unscathed. Tight end O.J. Howard suffered a torn achilles and will be done for the year, head coach Bruce Arians announced after the game. As expected, the Bucs will place Howard on season-ending injured reserve, as Ian Rapoport of NFL.com tweets. 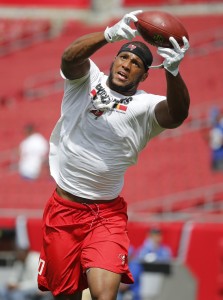 It’s a brutal blow for a Bucs offense that is already banged up. Leonard Fournette and Chris Godwin both didn’t play Sunday, and Arians said he doesn’t expect Godwin to play in Week 5 either. Howard was starting to develop a real rapport for Brady, and he had 50 yards and a touchdown against Los Angeles before going down. The 19th overall pick of the 2017 draft, Howard had his fifth-year option exercised by the team back in April.

Fortunately for him that option year is guaranteed for injury and since he likely won’t be healthy by the start of next league year, he should be locked into that $6MM salary. The Alabama product has been solid through his first few years, but never really broke out with Jameis Winston.

His best year was in 2018 when he had 565 yards and five touchdowns in only ten games. Last year he took a bit of a step back, with 459 yards and only one score in 14 games. With Howard on the shelf Rob Gronkowski, who hasn’t had a huge role in the passing game, should see an increase in targets.

A bevy of wide receiver news has surfaced Friday, with several key weapons either out or likely to be shelved for Week 2. Here is the latest from the wideout ranks:

Currently in the Buccaneers‘ concussion protocol, Chris Godwin may miss their Week 2 game against the Panthers. But the 2019 breakout wide receiver still looms as a candidate to sign a lucrative extension. The fourth-year wideout is willing to be patient ahead of his next contract, with Jeremy Fowler of ESPN.com noting (Insider link) the former third-round pick is willing to negotiate with the Bucs through the franchise tag or ahead of free agency. In April, Jason Licht said the team wants Godwin around for the long haul.

The Bucs already authorized a $16.5MM-per-year deal for Mike Evans — one of just two players ever to start a career with six straight 1,000-yard seasons (along with Randy Moss) — and the receiver market has ballooned since. A Godwin deal could come in north of $20MM annually, which would put Evans in a bit of a strange spot. With Godwin and Evans a big part of Tom Brady‘s two-year Tampa Bay commitment, the younger of the two Pro Bowl Bucs wideouts stands in good position as his contract season begins.

Here is the latest from Tampa and other NFC South cities:

Chris Godwin put together one of 2019’s top breakout seasons and represented a key selling point for Tom Brady. Now, the Buccaneers would like to extend their third-round receiver find. 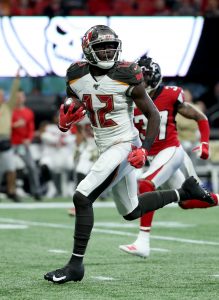 Tampa Bay is planning to discuss a long-term contract for Godwin, who is entering the final season of rookie deal.

“First of all, we love Chris. Everybody and anybody in the organization can tell you that Chris is a huge piece of this team and and Chris is an impact player at the position,” Bucs GM Jason Licht said Wednesday (via the Tampa Bay Times). “I’ve personally told Chris we want him to be here long-term and be a Buccaneer for life.

“In terms of when that happens? I can’t tell you right now when those talks will officially begin. But I do know that he is in our plans for the long-term.”

No negotiations have begun, however, Licht added. Prior to the start of this year’s free agency period, a Godwin re-up was not believed to be a front-burner item. But now that the Bucs have taken care of key 2020 UFAs and signed Brady, a Godwin deal likely resides as a higher priority.

Godwin is set to earn $2.33MM in 2020. That is up considerably from his $875K 2019 salary, but Godwin’s 1,333-yard season (in 14 games) elevated his value far beyond that price. Godwin showed considerable promise in 2018, totaling 842 yards on a Bucs team that still employed DeSean Jackson. After the Bucs traded Jackson last offseason, Godwin broke through and made his first Pro Bowl.

The Bucs have Mike Evans attached to a $16.5MM-per-year deal. With Brady in the fold, it certainly would point to the team extending Godwin’s deal beyond this year.