Le’Veon Bell wants to continue his playing career in 2021, but he’s not exactly endearing himself to teams that might be interested in his services. Bell commented on a recent Instagram post by RapTV — a post concerning someone’s outlandish McDonald’s bill — and fellow commenters began asking him questions about his NFL future (h/t Michael David Smith of Pro Football Talk). 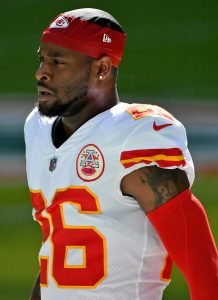 In one of his responses, Bell said, “I’ll never play for [Chiefs head coach] Andy Reid again. I’d retire first.” Of course, Bell joined up with Reid’s Chiefs following his release from the Jets last October, and he ended up appearing in nine regular season games (two starts). He tallied 63 carries for 254 yards (4.0 YPC), and added 13 catches for 99 yards. However, he did not see the field in the AFC Championship game or the Super Bowl.

The nature of Bell’s beef with Reid is unclear, though the coach’s decision to keep him on the sidelines for KC’s two biggest postseason contests probably explains some (or all) of the animosity. Still, publicly airing grievances against one of the most respected and affable head coaches in the league is probably not in Bell’s best interests.

He recently cited his lack of usage with the Jets as the reason for his regression from his halcyon days in Pittsburgh, though his 311 touches in 2019 — his first and only full season in the Meadowlands — were the eighth-highest total in the league that year. He was tremendous with the Steelers in 2017, piling up nearly 2,000 scrimmage yards and 11 TDs en route to his second First Team All-Pro bid, but he sat out all of 2018 due to his infamous contract dispute with Pittsburgh, so he is now three years removed from his best work. As far as we know, neither the Chiefs nor any other club have expressed interest in Bell in 2021.

Obviously, Bell’s underwhelming performance with the Jets is at least partly attributable to the dearth of offensive talent on Gang Green’s roster (including the O-line), and the fact that he is still only 29 and hasn’t run up the odometer too much in recent years theoretically makes him an attractive option for any number of clubs. His inability to generate any interest on the open market could be indicative of what teams think about his fit in a locker room, and comments like those he made about Reid aren’t helping his cause.

Although Le’Veon Bell‘s NFL profile has taken a significant hit since his Steelers days, the former All-Pro running back is still in his 20s and plans to play in 2021. As for the reasoning behind his tumble off the Pro Bowl level, the veteran back took aim at the Jets.

In a brief Q&A with fans, the two-time All-Pro said he is taking his time in free agency. We have not heard any Bell news since his Chiefs contract expired, but the 29-year-old back said he will not rush this decision (Twitter link). 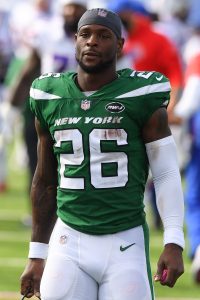 A first-team All-Pro in 2014 and 2017, Bell played a pivotal role in the ’17 Steelers going 13-3. But after he became the first franchise-tagged player to sit out a full season since Chiefs defensive lineman Dan Williams in 1998, a swift decline followed. Bell signed a four-year, $52.5MM deal with the Jets in 2019 but averaged just 3.2 yards per carry in his first New York season, which involved a far inferior offensive line compared to the setup he enjoyed in Pittsburgh. In 2020, the Jets cut their losses after just two Bell games.

In one of his responses, Bell said the Jets met his financial goals but failed on every other front (Twitter link). He also cites a lack of usage with the Jets as a reason for his regression. Bell indeed logged an NFL-high 406 touches in 2017, but his 311 for the Jets in 2019 ranked eighth that season. The Bell-era Steelers also featured a veteran-laden offensive line and top-level O-line coach Mike Munchak, whereas the ’19 Jets lacked both continuity and talent on their offensive front.

“Lol the only difference with the Steelers was they gave me opportunity… haven’t had that since I left,” Bell said (Twitter links). “I probably need to play for a defensive minded head coach instead of these offensive minded guru’s (sic). “I had more touches in 2017 for the Steelers than I had my entire time with the Jets… that’s what I mean by ‘opportunity.'”

After Bell caught on with the Chiefs midseason, he totaled 254 rushing yards (4.0 per carry) in nine regular-season games. Kansas City, however, did not use him in either the AFC championship game or Super Bowl LV. Bell’s lighter 2020 workload (113 touches) — after a throwback usage rate in Pittsburgh — may help extend his career. Of course, his production since leaving the Steelers leaves a lot to be desired.

It certainly will not surprise if Bell receives another opportunity. Running back injuries are rampant every year, and a few teams — the Bengals, Chargers, Dolphins, Falcons and Seahawks, to name five — feature some health- or experience-related questions in their respective backfields. (The Jets fall into this category as well, but that bridge is burned.) Bell, however, is running out of chances to revive his career.

No Multi-Year Offers For Le’Veon Bell?

On Thursday night, Le’Veon Bell agreed to join the Chiefs on a one-year deal. There were other suitors, but none of those teams offered Bell a multi-year pact, according to Mike Garafolo of NFL.com (on Twitter). 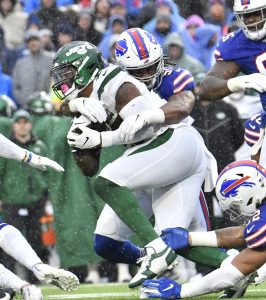 Previously, the Dolphins were believed to have offered a two-year deal to lure Bell to Miami. Apparently, that’s not the case. The Bills were also in the hunt, but Buffalo didn’t offer up a deal to extend into the 2021 season, either.

Ultimately, Bell got what he wanted – an opportunity to reassert himself with a bonafide Super Bowl contender. At minimum, Bell figures to serve as rookie Clyde Edwards-Helaire‘s top supporting cast member, slotting him ahead of Darrel Williams and Darwin Thompson.

Bell’s production and constant clashing with Adam Gase made his $13.25MM-per-year price untenable for the Jets. The former Steelers dynamo lumbered for a career-low 3.2 yards per carry in 2019 and suited up for just two games in 2020. But, upon return in Week 5, Bell did average 4.62 yards per tote. And, considering his overall track record and reduced price, it was a no-brainer move fr the Chiefs.

With Bell, Patrick Mahomes, Travis Kelce, Mitchell Schwartz, and Tyreek Hill, the Chiefs’ offense now features five former first-team All-Pros on the active roster. As a Steeler, Bell posted 1,800-plus scrimmage yards three times en route to the 2014 and ’17 All-Pro teams. He added three 75-catch seasons in that span, making him one of the league’s most dynamic offensive weapons.

The Jets announced that they will release Le’Veon Bell from his contract on Tuesday night. The release is now official, and the former All-Pro running back is free to sign with any team.

“After having conversations with Le’Veon and his agent and exploring potential trade options over the past couple of days, we have made the decision to release Le’Veon,” the team said in a Tuesday night statement. “The Jets organization appreciates Le’Veon’s efforts during his time here and we know he worked hard to make significant contributions to this team. We believe this decision is in the best interests of both parties and wish him future success.”

The Jets signed Bell to a four-year, $52.5MM free agent deal in the 2019 offseason. A few months later, they fired GM Mike Maccagnan. Then, before the trade deadline in October, new GM Joe Douglas attempted to trade him. There were no viable deals then, and there were no takers this time around. The Jets were willing to eat some of the $6MM left on this year’s base salary, but teams were warded off by Bell’s $8MM injury guarantee, plus a number of other red flags.

Last year, Bell averaged a career-low 3.2 yards per carry. Gase and Bell butted heads throughout the season, which saw the multiple-time Pro Bowler put up the worst numbers of his career. Bell ran for just 789 yards and three touchdowns on 229 carries – that comes out to just 3.3 yards per tote, a sharp contrast from his best work in Pittsburgh, which included back-to-back 4.9-yard averages. His 66 catches for 461 yards and one score weren’t too shabby, but that’s still a notch or two below expectations. With the Steelers, Bell averaged 8.5 yards per reception and averaged 80 grabs in each of his final two seasons with his former team. Soon, Bell will have an opportunity to start fresh with his third pro team.

Here we go again. With a couple weeks to go before the trade deadline, the Jets are shopping running back Le’Veon Bell, sources tell Manish Mehta of the Daily News (on Twitter).

The Jets signed Bell to a four-year, $52.5MM free agent deal in 2019. Months later, they considered moving him. Bell claims the Packers, Chiefs, Texans, and Steelers (yes, the Steelers) all expressed interest in acquiring him before last year’s deadline but, ultimately, there were no takers.

It’s hard to imagine teams chomping at the bit for Bell. Last year, he averaged a career-low 3.2 yards per carry. So far this year, he’s played in just two of the Jets’ five games. For what it’s worth, he managed 4.62 yards per carry this past Sunday, but he’s come nowhere near matching his performance in Pittsburgh since joining Gang Green.

Between his two disappointing Jets campaigns and his 2018 holdout, Bell is three seasons removed from his best work. Meanwhile, he continues to clash with team brass. This week, he dished out social media likes to a number of followers who were criticizing Adam Gase for his limited usage of Bell.

“I know he’s frustrated that we haven’t won,” the head coach told reporters on Monday. “It wasn’t necessarily the plan of not targeting him in the past game, it just kind of ended up being that way with how they were they were playing us. So that’s what it is, I mean, just try to find ways to move the football that’s all we’re trying to do, and it doesn’t always go exactly as planned..I hate that’s the route that we go with all this. Instead of just talking to me about it but seems the way that guys want to do it nowadays.”

Bell will earn a guaranteed $8.5MM base salary for 2020. In the past, he’s rebuffed the Jets’ attempts to restructure his deal. But, if he truly wants a trade, he may have to reconsider his position.