It took a little longer than expected, but the Cardinals have signed Bashaud Breeland. On Tuesday, the cornerback agreed to join Arizona’s practice squad, per a club announcement.

Breeland verbally agreed to join the Cardinals’ 53-man roster last week, but a positive COVID-19 test put those plans on hold. Now, after the Cards’ 25-22 victory over the Cowboys, he may be called up for the season finale against the Seahawks. The Cardinals have already clinched their playoff spot, but they can take the NFC West with a win, plus a Rams loss.

The Cardinals have been on the lookout for cornerback depth ever since Robert Alford‘s season-ending injury. On top of that, Marco Wilson‘s status is still in flux thanks to his ailing shoulder.

Breeland, 29, offers plenty of big-game experience to offset his iffy 2021 with Minnesota. The veteran notched 63 tackles and two interceptions across 13 games for the Vikings this season, up until their messy divorce in December. For what it’s worth, PFF has ranked as one of the NFL’s worst qualified corners this year.

The Cardinals were set to sign cornerback Bashaud Breeland on Monday. Unfortunately, he tested for COVID-19 upon arrival, so his deal is currently on pause (Twitter link via NFL.com’s Tom Pelissero). 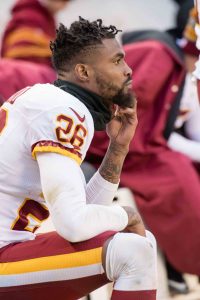 The Cardinals still intend to sign Breeland, but they’ll have to wait until he clears the league’s protocols. The hope is that he’ll test negative in the coming days, allowing him to play against the Cowboys on Sunday and face the Seahawks in the regular season finale.

Robert Alford is done for the year thanks to his pectoral tear and Marco Wilson‘s shoulder could keep him sidelined on Sunday. If/when he signs, Breeland can offer support for Arizona’s ailing cornerback group.

Fortunately for the Cardinals, they’ve already clinched their postseason berth. The division is still in play, however, as they trail the Rams by just one game with two weeks to go.

After getting cut by the Vikings earlier this month, Bashaud Breeland has found his new home. The veteran cornerback is signing with the Cardinals, reports Josina Anderson (via Twitter). Breeland auditioned for Arizona earlier today.

Breeland spent much of the offseason in free agency limbo before finally inking a one-year, $4MM deal with the Vikings in June. The 29-year-old collected 63 tackles and two interceptions across 13 games for Minnesota, although PFF had him ranked as one of the worst among all qualified corners.

Breeland “got into a verbal altercation” with Vikings coaches during a practice earlier this month, and the defensive back reportedly got into it with teammates who were trying to restore order. Minnesota was quick to release the veteran, making him a free agent once he passed through waivers.

The cornerback was serviceable as recently as 2020, when PFF ranked him as a middle-of-the-road player at his position. He could have a chance to contribute if Marco Wilson is forced to miss time; the cornerback was knocked out of yesterday’s loss to the Colts with a shoulder injury.

The Vikings have waived cornerback Bashaud Breeland, per a club announcement. The comes just hours after the team listed Breeland as questionable for this week’s game due to non-injury reasons.

Breeland “got into a verbal altercation” with coaches at Saturday’s practice, according to NFL.com’s Ian Rapoport and Tom Pelissero (Twitter link). Apparently, the veteran took off his cleats at some point during the fracas and got into it with teammates who were trying to restore order. After that, the Vikings acted fast to hand Breeland his pink slip.

After two seasons with the Chiefs, Breeland spent much of the offseason in free agency limbo. Finally, in June, the Vikings signed him to a one-year, $4MM deal. It’s worth noting that the Bears and the incumbent Chiefs were also in the mix.

The 29-year-old (30 in January) graded out as a midlevel corner in 2020, slotting him 57th at the position. This year, PFF has him ranked as one of the worst among all qualified corners — 117 out of 119. Teammate Mackensie Alexander, also in the midst of a rough year, is tied for dead last.

Breeland’s Minnesota run will end with 63 tackles and two interceptions across 13 games. The Vikings, sans Breeland, will face the Bears on Monday night in a game that could make or break their playoff hopes.

Cornerback Bashaud Breeland was on the free agent market for a while, finally inking a one-year deal worth up to $4MM with the Vikings earlier this month.

One reason for his delayed signing may have been that he underwent shoulder surgery shortly after playing in the Super Bowl with the Chiefs, the veteran corner revealed earlier this week, via Andrew Kramer of the Star Tribune. Kramer notes Breeland still remains sidelined, and although the Clemson product said he’s “on track,” he also said “doctors tell me when I’m ready to get on the field.” It sounds like he should be ready for the start of the season but will end up missing a good amount of practice time with his new team.

Interestingly, Breeland also said his original plan was to return to the Chiefs for a third season. Breeland said his “heart was sold” on returning to Kansas City, but a couple weeks after his visit to the Vikings’ facility Minnesota came in with a financial offer he couldn’t pass up.

Originally a fourth-round pick of Washington in 2014, Breeland started 11 games for the Chiefs last year after serving a four-game suspension to start the season. He’s started both of the Chiefs’ recent Super Bowl appearances, winning Super Bowl LIV with the team.

The Bears also expressed interest in him last month. After having a very youthful group of corners that often struggled last year, Mike Zimmer made overhauling the position a priority this offseason. In addition to signing Breeland, the team traded away former first-rounder Mike Hughes and signed Patrick Peterson.

In his seven-year career, Breeland has made 88 starts and racked up 81 passes defended to go with 14 interceptions.

After two seasons with the Chiefs, Bashaud Breeland will return to the NFC North. The veteran cornerback agreed to a deal with the Vikings on Friday, according to the team.

The Bears showed interest in Breeland, who played for the Packers in 2018. But the seven-year veteran will instead become the latest in a run of Vikings free agent corner signings. Minnesota added Patrick Peterson and brought back Mackensie Alexander this offseason. Earlier this week, the Vikes signed Tye Smith. Breeland will bring extensive experience to the Vikings’ secondary.

Since a long-term Panthers pact fell through in 2018, the former second-round pick has settled for one-year agreements. This is likely another one-year deal, with Mike Garafolo of NFL.com tweeting Breeland can earn up to $4MM on this accord. Breeland has signed one-year contracts worth $3MM (2020), $2MM (’19) and $880K (’18) since leaving Washington.

Breeland spent the past two seasons as a key contributor for Chiefs Super Bowl-qualifying teams. The 29-year-old defender has started 88 career games and will be the second-most experienced corner on Minnesota’s roster. Pro Football Focus graded Breeland as a midlevel corner in 2020, slotting him 57th at the position. But PFF has viewed Peterson as a declining player in this span, slotting the All-Decade corner lower in each of the past two seasons. Like Peterson, Breeland has worked as an outside corner in recent years.

This signing would seem to add to the uncertainty surrounding Jeff Gladney. The 2020 first-round pick was arrested on an assault charge in April. Given the ugly details of that arrest, a suspension is likely for the former high-end prospect. On their respective short-term contracts, Breeland and Peterson stand to provide both starter upside and insurance against a lengthy Gladney ban.

After two seasons with the Chiefs, Bashaud Breeland has resided on the free agent market for more than two months. A landing spot appears to have emerged for the longtime starter, however. 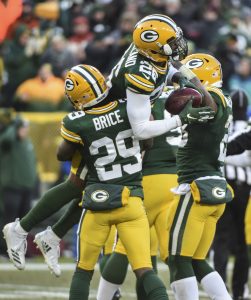 The Bears are interested in the seven-year veteran, according to Brad Biggs of the Chicago Tribune. Chicago cut both Kyle Fuller and Buster Skrine this offseason and could potentially use another experienced cover man, having not addressed the position in the draft until Round 6.

Varying messages have come out of Bears headquarters about their cornerback position. They have been linked to interest in fellow ex-Chief Steven Nelson, who played with Kansas City during Matt Nagy‘s time there, while new DC Sean Desai said the team would not necessarily need to add any additional help at the position. With multiple corners on the radar, however, it does appear the Bears are looking for more coverage aid.

A former Washington second-round pick, Breeland started for both the Chiefs’ AFC champion teams. He played 16 games in 2019 and returned from a September suspension to reclaim his starting role last season. The 29-year-old corner has intercepted two passes in each of the past three seasons; he spent 2018 in Green Bay.

Despite being first eligible for unrestricted free agency in 2018, Breeland has yet to land a long-term deal. He agreed to terms with the Panthers on a three-year deal in 2018, but a failed physical led Carolina to nix the pact. But Breeland has remained a first-stringer on this year-to-year career track, having started 88 career games. Pro Football Focus graded the veteran as a midlevel corner in 2020, slotting him 57th at the position.

Chicago did add Desmond Trufant this offseason, but the former Atlanta No. 1 corner has missed 17 games over the past two seasons. Breeland would profile as competition and a potential upgrade opposite Jaylon Johnson. The Bears would need to free up some cap room, perhaps via the restructure route, to sign Breeland. The team has barely $200K in cap space and has not completed its draft class signings.

When the Chiefs take the field tomorrow for the AFC Championship Game, they’ll be joined by Bashaud Breeland. The team announced today (via Twitter) that the cornerback has cleared concussion protocol and “will no longer have a game status designation” heading into tomorrow’s contest.

This is obviously great news for the Chiefs, their fans, and (as ESPN’s Field Yates points out on Twitter) Breeland’s wallet. If the cornerback plays more than 50-percent of his team’s snaps tomorrow and the Chiefs win, Breeland will earn a $300K incentive.

Breeland was previously listed as questionable with a shoulder injury and a concussion, with the latter ailment presumably popping up during last week’s win over the Browns. Breeland finished the game with six tackles and one pass defended, but he only appeared in 86 percent of his team’s defensive snaps, his lowest total since Week 1.

Following a 2019 campaign that saw him start 15 games en route to a Super Bowl ring, Breeland started all 11 of his games in 2020. The 28-year-old ultimately finished the season having compiled 38 tackles, two interceptions, and one forced fumble.

The Chiefs are still dealing with injuries elsewhere on their cornerbacks depth chart. Rashad Fenton is listed as questionable for tomorrow’s game with ankle and foot injuries.