Graham Gano has been one of the more reliable kickers in the NFL over the course of his twelve-year career, a career that could’ve been cut short due to a misdiagnosed injury by Panthers’ team doctors in 2018, Pat Leonard of the New York Daily News reported in October.

Gano spent eight years in Carolina with his final year being spent on injured reserve. In seven seasons of play, Gano converted 165 of 193 attempted field goals (85.5%) en route to becoming second on the list of the franchise’s all-time leading scorers with 742 points. The former-Panther’s last active season with the team was cut short when team doctors diagnosed him with a left leg injury. According to Gano, the medical staffers misdiagnosed the injury as tendinitis and a bone bruise when he had actually sustained a fractured left femur. Gano’s second opinion from New York’s Hospital for Special Surgery led to a 2019 knee surgery that sidelined him for the entire 2019 season, but potentially prevented a more dangerous injury from ending his career had he returned without fixing the actual damage to his leg.

Upon returning to health in the 2020 offseason, Gano was cut by the new staff led by current Panthers’ head coach Matt Rhule before he even got a chance to kick for them. Carolina’s loss was New York’s gain, as the Giants quickly picked up the veteran kicker and have seen him return to form converting 91.8% of his attempted field goals. Gano’s success in New York quickly earned him a new contract that extended him through 2023 with the second highest average salary in the league for kickers.

Dr. Pat Connor and trainer Ryan Vermillion, the head team physician and head athletic trainer respectively for Carolina in that 2018 NFL season, are no longer with the organization. Vermillion ended up in Washington, following head coach Ron Rivera from Carolina, where he is now under investigation for alleged distribution of prescription drugs by the Drug Enforcement Administration.

We continue to see a steady uptick in COVID-19 cases around the league, although fortunately they have been mostly isolated incidents with no full-blown outbreaks. Tuesday morning we got word of two more teams with players testing positive, both in the NFC East. The Giants and the Washington Football Team are the latest to be hit with the virus.

The Giants’ player is kicker Graham Gano, Paul Schwartz of the New York Post tweets. Thankfully New York is on bye this week, so Gano should be able to kick by the next time the Giants play a game in Week 12 against Cincinnati assuming there are no complications, Mike Garafolo of NFL Network tweets. The Giants are finally starting to pick up a little steam, so hopefully this remains an isolated incident that has minimal implications because of the bye.

Washington also had a player test positive, and also thankfully it sounds like somewhat of a best-case scenario. The unidentified player hasn’t been in the facility in the past few days and didn’t travel with the team for their game in Detroit last week, Tom Pelissero of NFL Network tweets. That’s because the player is currently on injured reserve, Nicki Jhabvala of the Washington Post tweets.

Washington is going into the intensive protocol, but since he didn’t play in the game the Lions won’t have to and hopefully no other Washington players caught it. Interestingly, as Pelissero noted in a follow-up tweet, Washington was one of only three teams who hadn’t placed a player on the reserve/COVID-19 list during the regular season before now. The only two remaining are the Rams and Seahawks.

On the heels of David Bakhtiari‘s extension, we’ve got another one to pass along. Although it’s not nearly as large, kicker Graham Gano is getting an extension that runs through the 2023 season from the Giants, the team announced Sunday. 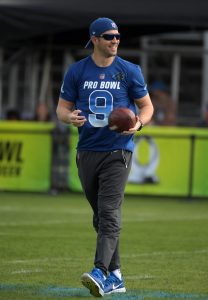 Gano signed a one-year, $2.5MM deal with the Giants back in August that was set to expire at the end of the season. He’ll now get three additional years tacked on. Those three years will come with $14MM in new money, Ian Rapoport of NFL Network tweets. Of that, $9MM is guaranteed, so the Giants are tied to Gano for a whlie. He’s been on fire recently, and has an active streak of 20 consecutive field goals going.

An UDFA in 2009, Gano spent his first couple of seasons as Washington’s kicker before signing with Carolina in 2012. He held down the Panthers’ job for the next seven seasons, making the Pro Bowl in 2017. He missed all of last season with a knee injury, and the Panthers cut him back in July.

The Panthers have released Graham Gano, according to a social media post from his wife (Twitter link via Joe Person of The Athletic). The veteran kicker was slated to make $3MM this year.

Joey Slye, meanwhile, is under contract for just $675K. It’s a cost-cutting maneuver for Carolina, though the team will be left with even more dead money on the books. The Panthers have saved $2.8MM while taking on a leftover $1.5MM charge, to be dispersed over the next two years. All in all, the Panthers overhaul has saddled them with nearly $43MM in dead money in 2020.

Gano was tremendous in his last full season in 2017, sinking 29 of his 30 field goal tries for a league-leading 96.7% conversion rate. That performance earned him the first Pro Bowl bid of his career, and it also helped him secure a four-year, $17MM deal. Before his release, Gano had the fifth-highest AAV ($4.25MM) of any kicker in the NFL.

Now, the job belongs to Slye. Known for his strong leg, Slye nailed 78.1% of his kicks in 2019, with an 8-of-11 success rate from 50+ yards. He also missed four extra point tries, but the Panthers seem to think that he’ll tamp that number down moving forward.