Going through with one of the most surprising in-season transactions in recent years, the Titans fired Jon Robinson just less than 10 months after announcing he and Mike Vrabel had signed extensions. Robinson’s contract runs through the 2027 draft, Tom Pelissero of NFL.com notes (on Twitter).

While it is fair to wonder if this about-face stemmed from a sudden development, ESPN.com’s Adam Schefter noted during an NFL Live appearance that is not believed to be the case. Owner Amy Adams Strunk has become unhappy about the state of Tennessee’s roster, Pelissero adds, with Schefter adding she was not pleased in being left out of the loop on certain matters. 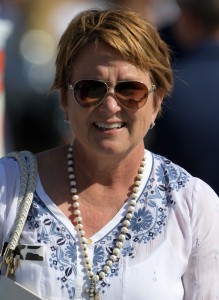 This firing coming so soon after an extension invites speculation about the role the A.J. Brown trade played. The Titans had begun conversations with Brown about an extension, and Robinson said the team “want[ed] to keep A.J. a Titan” in April. By draft night, however, the winds shifted and the Titans sent Brown to the Eagles for a package headlined by the No. 18 overall pick. Brown said the Titans did not approach his asking price, failing to offer $20MM per year, and mentioned the team would not have needed to hit the Eagles’ eventual price ($25MM AAV, receiver-record $56MM fully guaranteed) to finalize an extension.

Brown shredded his former team in an eight-reception, 119-yard, two-touchdown performance Sunday, and the Titans have not been able to replicate what the former second-round pick had offered them. Robert Woods has produced close to his Rams-era numbers since being acquired for a sixth-round pick, and while Treylon Burks has shown flashes, the first-rounder has missed extensive time. The Commanders, Seahawks and 49ers did not follow the Titans’ lead; each team extended their respective No. 1 receivers (Terry McLaurin, D.K. Metcalf, Deebo Samuel) rather than punt on their contract years. Brown’s Eagles contract ended up being the template each of those NFC squads used to wrap up their respective receiver extensions.

Robinson also drafted the likes of Derrick Henry, Kevin Byard, Harold Landry and Jeffery Simmons, and he landed Ryan Tannehill for fourth- and seventh-round picks. That trade gave the Titans an out on Marcus Mariota, and Tannehill’s return to health led to the Titans advancing to the AFC championship game for the first time since 2002. Robinson had never completed a losing season as Titans GM, despite the team going 3-13 the year before he arrived, and Tennessee is on track to secure a fourth straight playoff berth.

Then again, the Titans swung and missed on some first-round picks. Corey Davis did not become a No. 1-caliber wideout, despite being chosen fifth overall, and cornerback Caleb Farley has not earned a starting role upon returning from his rookie-year ACL tear. Robinson let both Davis and 2016 first-rounder Jack Conklin walk in free agency. The Conklin decision led to a revolving door at right tackle and preceded the team’s most infamous draft miss. The Titans’ 2020 first-round choice — tackle Isaiah Wilson — saw action on four plays as a rookie and never played again.

Still, this firing took many around the league by surprise, according to the Washington Post’s Jason La Canfora and The Athletic’s Mike Jones (Twitter links). Robinson hire Vrabel is set to see his role expand, confirming Wednesday he and interim GM Ryan Cowden will collaborate on the team’s decision-making for the rest of the season.