Here are today’s workout updates from around the NFL with all credit going to Howard Balzer’s Twitter account. 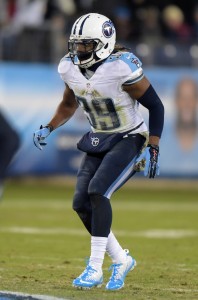 Suspended Raiders linebacker Aldon Smith is “mad and frustrated” about the way his reinstatement bid has stalled, Vic Tafur of the San Francisco Chronicle writes. Smith applied for a return in October, just under a year after the league handed him a one-year ban for a substance abuse violation. That year has since passed, but there’s still no word on Smith’s future. “He is losing hope,” Smith’s personal trainer, Steve Fotion, told Tafur. “They are jerking him around, telling him they’ll have an answer for him on Monday. And then nothing. It seems unprofessional.” Smith has “been randomly drug-tested and they have all come back clean,” Fotion added. The 27-year-old pass rusher met with commissioner Roger Goodell last Friday. Goodell acknowledged that meeting earlier this week, though he didn’t offer details on when he’ll decide Smith’s fate.

More on the Silver and Black and a couple other franchises: