Vance Joseph will join the Cardinals as their new defensive coordinator, as Josina Anderson of ESPN.com tweets. The Cardinals have since announced the addition of Joseph, also noting Ohio State linebackers coach Bill Davis will take the same job in Arizona. 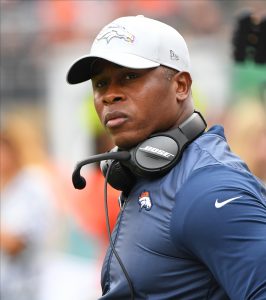 Joseph wasn’t successful during his run in Denver (11-21 record), but he was viewed as a desirable defensive coordinator during his time with the Dolphins in 2016. He’s generated plenty of DC interest thus far in 2019: Joseph had been set to interview for the Browns’ DC position today, and was reportedly in contention for the same role under Adam Gase in New York. He also met with the Bengals regarding their head coaching job, but Cincinnati has since gone with Rams quarterbacks coach Zac Taylor.

Arizona and first-time NFL head coach Kliff Kingsbury had been searching for a veteran defensive coordinator, and they’ll get that in Joseph. Other reported candidates for the job included former Packers DC Dom Capers and ex-Colts head coach Chuck Pagano, but it doesn’t appear either ever actually interviewed for the job.

The Cardinals had indicated they’d look for a coach who would run a 3-4 defense, but that hasn’t been Joseph’s specialty. While he kept the Broncos’ 3-4 in place when he was hired as Denver’s head coach, Joseph used a 4-3 look as the Dolphins’ DC in 2016. 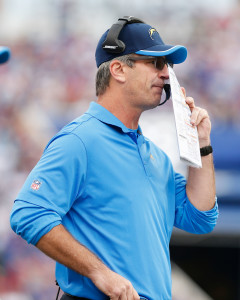 As the Jets’ defeat of the Patriots shakes up the AFC playoff picture, let’s look at some of the news coming out of the Eastern divisions as Week 16 shifts to its night games.

As anticipated, Giants wideout Odell Beckham Jr. is appealing his one-game suspension, and that appeal is scheduled for Wednesday, with James Thrash serving as the hearing officer, tweets Chris Mortensen of ESPN.com. As Mortensen notes, a decision is expected to come quickly once the hearing completes, so we should know within the next couple days whether or not Beckham will be eligible to play this weekend.

With Washington and Philadelphia set to play on Saturday night, it’s possible the NFC East division crown will already be decided by the time the Giants’ kick off against the Vikings on Sunday, since Washington will clinch with a victory. But if the Eagles prevail on Saturday, Beckham’s suspension could loom large on Sunday, with the Giants’ season on the line.

It’s been a busy day so far in the NFL’s East divisions, where the Cowboys have confirmed quarterback Tony Romo will miss the rest of the season, Washington has placed cornerback Chris Culliver on injured reserve, and the Bills have announced that Kyle Williams is expected to be out for the rest of the year. Let’s round up a few more items from out of the East divisions, including some that aren’t related to injuries….

“DeMeco is a pro all the way through and is taking strides ahead of where most people would be, but he still has a little ways to go,” Davis said.
Ryans has participated in all seven of the Eagles’ training camp practices, but next Sunday’s preseason opener against the Colts will be a much bigger litmus test.
“Any time you’re coming back from injury, you have to get in the game to see where you are,” said Ryans, who got hurt last November. “Go to the ground, tackle somebody, stand up, make sure everything is still intact. And mentally, I think that’s the last hurdle, going out and getting back in a game.”
More on Philly and the rest of the NFL:
Retweet 7 Share 5 Send via email0
Load More Posts