The Colts were hoping for a Week 1 return for new LT Eric Fisher, who has been rehabbing from the torn Achilles tendon he suffered as a member of the Chiefs in January. According to Joel A. Erickson of the Indianapolis Star, Fisher had a real chance to suit up for the September 12 opener against Seattle, but his recent positive test for COVID-19 has seriously complicated matters.

Fisher’s positive result has forced him to quarantine for 10 days — which suggests he is not vaccinated — so he is unable to continue his rehab at the team facility. As such, there is no way for the Colts to comment on his availability until he is activated off the reserve/COVID-19 list. Until he is ready to go, Indy will roll with Julie’n Davenport at left tackle.

Let’s take a look at several other injury-related items:

Hindsight is obviously 20/20…but we can definitively say that on this date in 2015, the Seahawks completed one of the best big-money contracts in recent memory. On August 2, 2015, the organization inked linebacker Bobby Wagner to an extension. 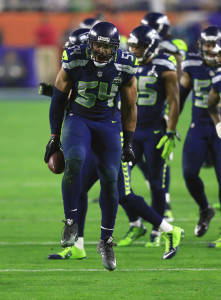 The former second-round pick had a breakout campaign in 2014. Despite missing a handful of games due to turf toe, Wagner still managed to compile 104 tackles and two sacks, leading to his first (of seven consecutive) Pro Bowl appearance and his first (of six total) first-team All-Pro nod. The Seahawks clearly prioritized the linebacker as a foundational piece, and after settling Russell Wilson‘s extension, the team ended up inking their star linebacker to a new deal.

The extension was for four years at $43MM, including almost $20MM in guaranteed money. At the time, this was a significant sum of money for a player with only three years experience; in fact, the move made Wagner the highest-paid middle linebacker in NFL history. While the move may have looked a bit pricey, the organization was clearly establishing Wagner as the leader of their defense for years to come. Of course, as we all know, that decision ended up working out great for Seattle.

Wagner only made second-team All-Pro during the final year of his rookie contract in 2015, but since his extension kicked in, he’s established himself as one of the best linebackers in recent memory. The linebacker has made a first-team All-Pro team and a Pro Bowl each year since 2016, averaging 147 tackles, more than 2.5 sacks, eight tackles for loss, and almost 11 QB hits per season.

Predictably, the organization once again made him one of the league’s highest-paid linebackers with his second extension. In 2019, the team signed Wagner to a new three-year, $54MM deal, including $40.2MM guaranteed. The deal lasts through the 2022 season.

Wagner had obviously shown flashes of brilliance through his first three years in the NFL, but his 2015 extension surely raised a few eyebrows when it was completed. Fast forward six years, and we’re now applauding the organization for the deal.

While the Russell Wilson saga never reached the point when it looked like the Pro Bowl quarterback was on the cusp of being traded, the 10th-year passer’s comments about the Seahawks’ offensive line and his list of acceptable trade destinations caused a stir. Trade talks never progressed far, and although Pete Carroll confirmed his quarterback’s frustration, the 12th-year Seattle HC views the Wilson trade buzz as over.

“It seems like really old news to talk about this because it’s been such a long time,” Carroll said during an appearance on the Rich Eisen Podcast (via Pro Football Talk’s Charean Williams). “The little bit he said carried so much air time that it became bigger than life. Throughout the whole process, Russell, we’ve always been connected. We’ve always been talking. A couple things that came out got magnified and the questions came out, and there was a couple things. He was frustrated when he was talking, just like any of us can sometimes emphasize something that’s on the top of our mind, and it can be played differently than it really played itself out.

Wilson did not expect to be traded this year, though this matter could resurface down the line. The Seahawks shut down the Bears’ trade push, after Wilson included Chicago on his four-city destination list, and both Chris Carson and Carlos Dunlap indicated the soon-to-be 33-year-old QB would be back in Seattle this coming season. Here is the latest out of the Pacific Northwest:

It’s been a long offseason for the 49ers, who have seen numerous key players deal with injuries throughout the spring and summer. Add more to the list of San Francisco talents set to miss the preseason. Jerick McKinnon and Weston Richburg are both unlikely to play until Week 1. Given $18MM guaranteed, McKinnon is still dealing with knee trouble after missing all of last season with an ACL tear. The sixth-year running back received a platelet-rich plasma injection on his knee and is expected to miss the 49ers’ August slate, Nick Wagoner of ESPN.com notes. The team activated him from the PUP list Tuesday, but Kyle Shanahan said his prized 2018 offseason signing experienced significant soreness after going through individual drills the past two days. Richburg, who remains on the active/PUP list after a January knee surgery, is being targeted a Week 1 return. So are Nick Bosa and Jason Verrett. The 49ers hope Dee Ford, who received a PRP injection on his injured knee, can play by the team’s dress-rehearsal preseason game.

Here’s the latest West news from outside of San Francisco:

The Seahawks have locked up one of the best defensive players in football. Seattle is signing linebacker Bobby Wagner to a three-year extension worth $54MM, according to Ian Rapoport of NFL Network (Twitter link). 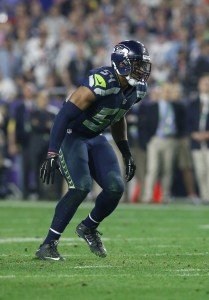 In a follow-up tweet, Rapoport notes that Wagner will get $40.2MM in guaranteed money. At $18MM annually, Wagner is now the highest-paid inside linebacker in the game, eclipsing the $17MM that C.J. Mosley got from the Jets earlier this offseason. Wagner made it clear a few days ago he would attend training camp on time even though he didn’t have the new deal he wanted yet, as he wanted to be a good leader and locker room presence.

Wagner has been standing off to the side and observing practice at the first few days of camp, clearly waiting for this deal to get done. The Utah State product had been set to enter the final year of a four-year, $43MM extension he signed back in 2015. There’s now a huge gap between Wagner and Mosley at the top and the rest of the inside linebackers. Deion Jones is in third place with the extension he recently signed with the Falcons, which will pay him a tick over $14MM annually.

Wagner originally entered the league as a second-round pick back in 2012. He’s since firmly established himself as the league’s best off-ball linebacker, making the Pro Bowl in each of the last five seasons and being named a first-team All-Pro in each of the last three. One of the last remaining pieces of the Seahawks’ Super Bowl winning defense, Wagner is the team’s next most important player after Russell Wilson. He’s been a rock for them, starting at least 15 games in each of the past four seasons.

Seahawks star linebacker Bobby Wagner is expected to show up for training camp on Wednesday, sources tell NFL.com’s Ian Rapoport (on Twitter). Wagner doesn’t have a new deal in hand yet, but Rapoport hears that he wants to continue to be a leader in the locker room and set an example.

Wagner might take the cautious approach and avoid putting himself in harm’s way, Rapoport hears, but he’ll be there with his teammates. Ultimately, it’s believed that the two sides will come to an accord before the season gets underway in September.

Wagner is likely looking to top the $17MM payout that C.J. Mosley landed from the Jets in free agency, which is understandable. Mosley is a good player in his own right, but Wagner is a five-time Pro Bowler, four-time First Team All-Pro, and a bonafide tackling machine.

Interestingly, Wagner is representing himself as he guns for his next big payday.