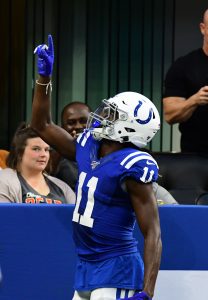 The Bears have started to ink their draft picks to contracts. The team announced tonight (via Twitter) that they’ve signed three rookies to deals: 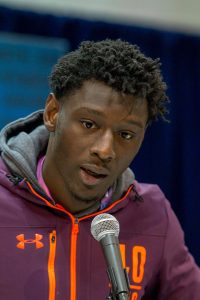 Ridley is the most notable name on the list, and that’s not entirely due to his draft stock. Rather, the Georgia product is the younger brother of Falcons wideout Calvin Ridley. Chicago selected Ridley following another productive collegiate season, as the receiver hauled in 43 receptions for 559 yards and nine scores.

Allen Robinson, Taylor Gabriel, and Anthony Miller seem to have a solid hold on the top three spots on the Bears’ depth chart. However, Ridley could give a pair of free agent additions, Cordarrelle Patterson and Marvin Hall, a run for that fourth spot.

Whyte should have a shot at making the Bears roster as a third or fourth running back behind Mike Davis and Tarik Cohen, as he’ll be competing with unproven options like Ryan Nall, Taquan Mizzell, and fellow rookie David Montgomery,. Denmark will have a more difficult time establishing a role on a team that added free agents Ha Ha Clinton-Dix and Buster Skrine.