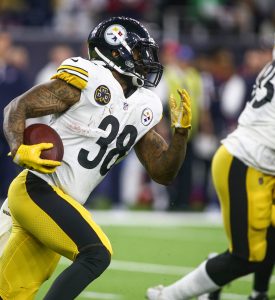 Stevan Ridley‘s jersey collection continues to grow. On Tuesday, the Steelers announced that they have signed the running back. He’ll replace fellow RB James Conner, who is headed to IR after undergoing knee surgery. 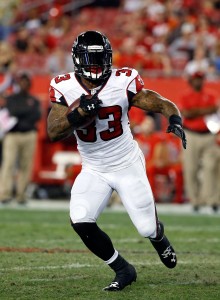 Ridley’s best football came during his four-year run with the Patriots, particularly in 2012. In that campaign, he totaled more than 1,200 rushing yards as well as 12 rushing touchdowns. Unfortunately, injuries have altered the course of his once-promising career. Since parting ways with the Pats, he’s been employed by the Jets, Lions, Colts, Falcons, Broncos, and Vikings. He has not been able to replicate that ’12 stat line at any of those stops. With Pittsburgh, he’ll be asked to serve as the third tailback behind starter Le’Veon Bell and Fitzgerald Toussaint, the team’s de facto No. 2 RB.

Conner, a third-round pick of the Steelers in 2017, was one of the most inspirational stories to come out of this year’s draft. The Pennsylvania native and Pitt product bounced back from a Hodgkin’s lymphoma diagnosis (not to mention a torn MCL) in 2015 to conclude his college career with a vengeance in 2016. A cancer-free Conner turned in his second thousand-yard campaign with the Panthers (1,092, on 5.1 yards per carry) and combined for 20 touchdowns (16 rushing, four receiving). This year, he became Bell’s primary understudy. His season ends with 32 catches for 144 yards.

Davante Adams remarkably scored two touchdowns for the Packers just 10 days after taking a violent hit from Bears linebacker Danny Trevathan, and it’s clear that Adams is in line to become Green Bay’s No. 1 wideout at some point, opines Rob Demovsky of ESPN.com. Of course, that would first entail the Packers extending the 24-year-old Adams, who is scheduled to become an unrestricted free agent next spring. While Green Bay could hypothetically deploy the franchise tag on Adams, the club is unlikely to invest $16MM+ on a single pass-catcher given the investment it already has is Jordy Nelson and Randall Cobb. A new deal for Adams, who managed 997 yards and 12 touchdowns a season ago, could potentially top $10MM annually.

Ridley has bounced around the league in recent years, but he is best known for his time with the Patriots. In 2012, he ran for 1,263 yards off of 290 carries (4.4 yards per carry average) with 12 touchdowns. More recently, he had stints with the Jets, Lions, Colts, and Falcons, but was unable to replicate that success. This year, he spent training camp with the Broncos before being released in the final wave of roster cuts.

Ridley figures to serve as Minnesota’s No. 3 running back behind Latavius Murray and Jerick McKinnon. Ridley auditioned for the job on Wednesday alongside Bobby Rainey, Troymaine Pope, and Josh Rounds and came out the winner. 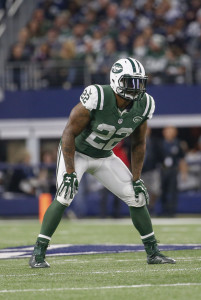 The Broncos have released running back Stevan Ridley, as Mike Klis of 9News tweets. The former Patriots standout signed with Denver in late July and his stint with the team ends after roughly one month.

Ridley was signed in the wake of Devontae Booker‘s wrist injury, but the team prefers some of its other options including veteran Jamaal Charles and rookie De’Angelo Henderson. We won’t know for sure until Saturday afternoon, but it sounds like those two are in line to make the 53-man cut, along with presumptive starter C.J. Anderson.

The 28-year-old Ridley has a 1,200-yard season under his belt, but he hasn’t been all that effective in recent years. He wasn’t much of a factor in 2014, his final season with the Patriots, and combined for just 10 appearances, 39 carries and 97 yards with the Jets and Falcons over the last two years.

The Broncos have agreed to a deal with running back Stevan Ridley, according to Ian Rapoport of NFL.com (on Twitter). Ridley worked out for the club on Thursday and did enough to earn a one-year contract, tweets Nicki Jhabvala of the Denver Post.

The addition of Ridley comes in response to the wrist injury fellow running back Devontae Booker suffered. With Booker set to miss six to eight weeks, Denver wanted a replacement to slot in behind C.J. Anderson and Jamaal Charles in its backfield.

The 28-year-old Ridley joins Charles as the Broncos’ second back with at least one 1,000-yard season under his belt, though the former hasn’t been particularly effective overall. Since a strong 2011-13 showing in New England that included a 1,263-yard, 12-touchdown season, Ridley’s output has declined substantially. He wasn’t much of a factor in 2014, his final season with the Patriots, and combined for just 10 appearances, 39 carries and 97 yards with the Jets and Falcons over the previous two years.

Thanks to his recent downturn in production, Ridley didn’t generate much offseason interest prior to reaching an agreement with the Broncos. He worked out with one of his ex-teams, the Jets, back in May, but it was radio silence otherwise.

Could Stevan Ridley return to the Jets? Gang Green worked out the running back this week, according to Mike Garafolo of NFL Network (on Twitter).

Ridley, who with the Jets in 2015, has apparently drawn interest from a few teams. He was hampered by injuries in 2016 and bounced around the league a bit, but he’s mostly healthy now as he auditions for clubs.

The Lions signed Ridley prior to the 2016 season with the idea that he would fulfill their “big back” role. However, he slid down the depth chart in the summer and was cut loose in late August. After a cup of coffee with the Colts in the preseason, he was on the couch until the Falcons came calling in October. Less than one month after that, he was shown the door. The veteran worked out for the Seahawks in late December, but that showcase did not lead to a deal.

The Jets will go into 2017 with Bilal Powell and Matt Forte as their lead backs and sixth-round pick Elijah McGuire has the inside track on filling one of the reserve spots behind them. After that, it’s a bit of a free for all and the Jets wouldn’t hesitate to sign Ridley if they felt that he had something to contribute this year.