Shut down for the time being, the Titans added another player to their reserve/COVID-19 list. They placed cornerback Kristian Fulton on the list, where he joins five other players. 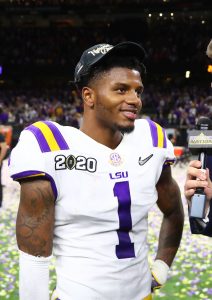 The Titans took Fulton in the second round out of LSU; he has played 47% of their defensive snaps through three games. Fulton, cornerback Greg Mabin, long snapper Beau Brinkley, linebacker Kamalei Correa, defensive lineman DaQuan Jones and practice squad tight end Tommy Hudson are on the team’s COVID list. Mabin landed there last week, prior to the outbreak that prompted the NFL to postpone Titans-Steelers Week 4 game.

Players do not have to test positive to land on the list, but the Titans confirmed earlier Thursday an unnamed player did so. That moves the count up to 11 players and staffers in total, counting outside linebackers coach Shane Bowen. The Tennessee assistant also wound up on the COVID list last week after testing positive for the virus.

Thus far, no one with the Vikings has tested positive after the team’s Week 3 game with the Titans. Minnesota’s trip to Houston remains a go. The NFL has not announced the Steelers-Titans matchup’s new date yet, but a Week 7 clash — thus moving Steelers-Ravens to Week 8, when both teams have byes — has been the frequently mentioned workaround.