Bryan Stork won’t be joining the Redskins after all. The center failed his physical with his new team, meaning that the trade between the Redskins and the Patriots has been rescinded, as Chris Cooley of ESPN 980 tweets. Stork’s rights will revert back to the Patriots while the Redskins get the conditional seventh-round pick back. 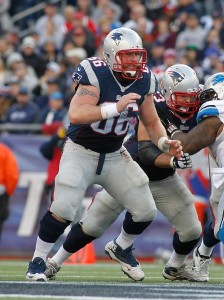 For those of you keeping score at home, here’s the finally tally of Stork’s travels over the last week. On Wednesday, Stork was supposedly on the verge of being released by the Patriots. However, the Redskins got word that Stork was about to be released and, rather than fight it out with other teams on the open market, they worked out a trade with the Patriots. Hours later, it was learned that Stork was thinking about quitting football altogether. The Redskins got Stork to change his mind, but it turns out he’s not healthy enough to play right now anyway.

Had Stork actually joined Washington, he would have likely slotted in as the No. 2 center to Kory Lichtensteiger. In fact, there were some rumblings that the Redskins were hoping that Stork could push Lichtensteiger for the starting job. Now, Washington will have to look for interior line help elsewhere.