Staying true to their stated intentions of a widespread search for their next full-time head coach, the Colts’ list of HC candidates continues to grow. The team announced on Friday that they have completed an interview with Packers special teams coordinator Rich Bisaccia. 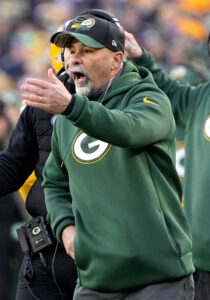 The 62-year-old has a thorough background as an NFL assistant, having served on five different pro staffs. In each case, he worked primarily on special teams, establishing himself as one of the league’s most well-respected third phase coaches. He expanded his duties on a temporary basis last season, however.

In the wake of Jon Gruden‘s resignation from the Raiders in 2021, Bisaccia took over as head coach on an interim basis. He led Vegas to a 7-5 record down the stretch, which was enough to secure a surprising playoff berth. That level of success earned him an interview to retain the position on a full-time basis, but the organization pivoted to ex-Patriots staffers both in the front office (hiring GM Dave Ziegler) and on the sidelines (hiring Josh McDaniels).

Bisaccia also interviewed in Jacksonville last offseason, but he ultimately ended up making a lateral move to Green Bay. The Packers entered the offseason once again looking for a solution to their long-standing special teams problems, and the team saw notable improvement in that department. Green Bay ranked 17th in special teams DVOA in 2022, after finishing dead last the year before.

One element of their success was the play of first-team All-Pro returner Keisean Nixon. The former UDFA led the NFL in kick return yards, including a 105-yarder which led to his only touchdown. His 25.6 return average ranked fourth in the league, and has helped put Bisaccia back on the HC radar for the 2023 cycle. This is the latter’s first interview of the winter.

With Bisaccia having sat down with the Colts, here is an updated breakdown of their ongoing search: