Agent Ben Dogra is back. After having his license revoked by the NFL Players’ Association last year, he has been reinstated, a source tells Dan Graziano of ESPN.com (on Twitter).

Dogra was originally suspended for three years but later had his ban reduced to six months. He also paid a $25K fine to the Gene Upshaw Players Assistance Trust for his undisclosed violation, opening the door to his return today.

Dogra represents Adrian Peterson and once had one of the most impressive stable of clients in the NFL. He was formerly the co-CEO of Relatively Football before the company reorganized and relaunched as Independent Sports and Entertainment in June. It’s not immediately clear where Dogra is headquartered at the moment, nor do we know which players still consider Dogra to be their agent. Just prior to the sanctions, Peterson, Gerald McCoy, Robert Griffin III, DeMeco Ryans, Mario Williams, and Sebastian Vollmer were among the players under Dogra’s management.

6:51pm: Dogra’s legal reps issued a statement to reporters in which he vowed to appeal the ruling (via Josina Anderson of ESPN.com on Twitter):

“Ben Dogra adamantly denies engaging in any conduct that was not in the best interests of his clients or NFL players. Ben has always been a strong advocate for NFL Players and is thankful for the show of support from his clients and others in the industry during this process. Ben will appeal the unprecedented, proposed discipline to neutral arbitration as provided under the NFLPA Regulations and looks forward to finally having an opportunity to examine and challenge the claims against him. The proposed discipline will not occur during the appeal process. It is therefore important that clients, NFL players, NFL teams, and Certified Contract Advisors understand that the discipline does not limit or prohibit Ben from representing his clients during the appeal process.”

6:12pm: On Wednesday, the NFLPA announced that the union’s Committee on Agent Regulations and Discipline (CARD) unanimously voted to impose discipline on agent Ben Dogra for multiple policy violations. Based on verified information included in a thirty-eight (38) count disciplinary complaint, Dogra has had his certification revoked for a minimum of three years and a $200K fine. 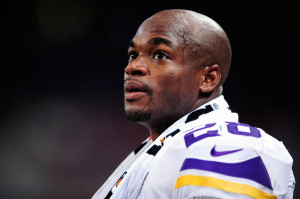 Dogra has the right to appeal before an independent arbitrator, so he has a chance to overturn the union’s ruling and regain his license to represent players. The union’s statement did not get into specifics about Dogra’s alleged wrongdoing but one has to imagine that details will emerge soon.

As detailed by Liz Mullen of Sports Business Journal last year, Dogra had an impressive stable of NFL clients while with CAA Football. Dogra was fired by the firm in late 2014 and joined up with Relativity Football, taking a sizable list of high-end players with him. Notable names that stayed with Dogra include Adrian Peterson, Gerald McCoy, Robert Griffin III, DeMeco Ryans, Mario Williams, and Sebastian Vollmer. Now, those players and others will have to find new representation if the sanctions against Dogra stick.

Agent Ben Dogra had a lengthy meeting with the NFLPA yesterday, multiple sources tell Rand Getlin of Yahoo Sports (on Twitter). Dogra once boasted a star-studded stable of clients, but many of those Pro Bowlers parted ways with him after he was let go by CAA. Dogra, who has probably rubbed the Vikings the wrong way with his bold approach to the Adrian Peterson‘s situation, is being investigated for various potential violations. Here’s more from around the NFL..

In the wake of the Adrian Peterson decision, tensions between the NFL and the player’s union are high once again, writes Mark Maske of the Washington Post. Commissioner Roger Goodell exerted significant power in suspending Peterson for the season, singular power the the union was under the impression he would no longer be wielding on his own. According to Maske’s source, the two sides have no good will between them.

“I think it reflects a fundamental disagreement about the role of the commissioner’s office in the disciplinary process,” said Gabriel Feldman of the sports law program at Tulane University. “I think it’s a reflection of the tension that has existed. It’s not surprising. It would have been surprising if the Players Association had not sought so vigorously to have Peterson reinstated. To some extent, it is each side playing the role it’s supposed to play.”

Here are some other notes from around the NFL this Saturday evening:

SATURDAY, 10:35am: The circumstances surrounding Dogra’s termination from CAA are still uncertain, but a future legal battle now seems inevitable. Liz Mullen of SportBusiness Journal (via Mike Florio of ProFootballTalk.com) reports that Dogra has hired lawyer Rusty Hardin to handle the brewing legal battle. Hardin told Mullen that the agent is still owed “millions” for his final two years under contract…

“They are basically trying to figure out what the cause is now, because they didn’t have any. They were afraid he was going to leave. They tried to pick the exit strategy that would allow them not to pay him.”

THURSDAY, 9:19pm: Creative Artists Agency has fired agent Ben Dogra for cause, a league source tells ESPN (via Twitter). Dogra is one of the NFL’s most prominent agents and represents the likes of Adrian Peterson, Richard Sherman and J.J. Watt. The reason for his dismissal is unknown at this time. Peterson, for his part, will stay on with CAA, as Ben Goessling of ESPN.com tweets.

Dogra released a statement regarding the termination (via ESPN’s Adam Schefter):

“I want to thank CAA for the great time we have had together. There are absolutely no hard feelings about my moving on, and I am excited to be writing a new chapter in my sports agency career. I am really looking forward to bigger and better things in the NFL agency business, and I will continue to always be devoted to the best interest of my clients.”

Dogra has a number of impressive accolades on his resume, including ranking number seven on Forbes list of the most powerful sports agents. As ESPN’s Darren Rovell (and the website’s news service) points out, any client who wishes to continue with Dogra will need to submit a filing with the Players Association. The player will be free to switch agencies following a five-day waiting period.