New Panthers GM Scott Fitterer will bring in one of the Seahawks’ former Day 2 picks. Defensive back Delano Hill agreed to terms with the Panthers on Sunday, Adam Schefter of ESPN.com tweets. 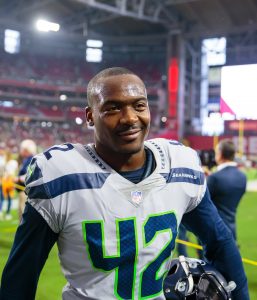 A third-round pick during Fitterer’s lengthy Seattle stay, Hill saw extensive action on special teams with the Seahawks and contributed on defense as a part-timer during the 2018 and ’19 seasons. The Michigan alum spent four seasons with the Seahawks, playing out his rookie contract.

Hill, 25, started six games between the 2018 and ’19 slates, making 49 combined tackles in that span. Last season, Hill played in only two games. A nagging back injury sent Hill to IR in October, leading to Damarious Randall joining the Seahawks’ 53-man roster. Hill will attempt to return to action with Carolina.

Carolina’s roster has an apparent opening at safety. The team has standout 2020 draftee Jeremy Chinn, but he saw plenty of time in the box in a linebacker role as well. The Panthers signed Juston Burris last year, using him as a 12-game starter. The former Jets draft choice stands to be back in the starter mix this year, but the team does not have much in the way of depth behind them. Carolina cut two-stint safety starter Tre Boston earlier this year.

The Panthers also agreed to terms with linebacker Kendall Donnerson. A 2018 Packers seventh-round pick out of Southeast Missouri State, Donnerson has not seen any regular-season action as an NFLer.

The Seahawks will be down one of their top backups the rest of the way. They placed safety Delano Hill on IR on Tuesday.

Hill started two games in relief of Tedric Thompson, with Seattle shifting Bradley McDougald from strong to free safety in those contests. Hill suffered a non-displaced fracture in his hip during the Seahawks’ Week 17 win over the Cardinals.

Seattle entered the season with a quartet of Earl Thomas, McDougald, Thompson and Hill at safety. Going into the team’s trip to Dallas, it is now down to the McDougald-Thompson tandem. Trade acquisition Shalom Luani and Maurice Alexander are the other safeties on Seattle’s roster.

A third-round pick in 2017, Hill played 321 snaps this season. He made 24 tackles. The Seahawks promoted wide receiver Malik Turner from their practice squad to fill the roster spot.

Earl Thomas remains at an impasse with the Seahawks, who’ve stripped the defense — at least, their first and third levels of it — almost completely bare of Thomas’ Super Bowl teammates this offseason. But future franchise tags give the Seahawks the leverage on Thomas in this holdout, Bucky Brooks of NFL.com writes. The 29-year-old safety skipping regular-season weeks would obviously cost him financially, and he must report by the midseason point to avoid his contract tolling over to 2019. Thomas’ four-year, $40MM deal expires after this season. Pete Carroll expects Thomas to be at camp, but Brooks writes the Seahawks probably don’t want to pay him $12MM per year (or north, if the three-time All-Pro is intent on surpassing Eric Berry‘s $13MM-AAV deal that doubles as the safety high-water mark) in what’s been an oddly soft safety market.

If the Seahawks do decide to get serious about a trade, Brooks notes that, beyond the Cowboys, the Chargers, 49ers, Buccaneers and Bengals are the most logical destinations. The Bolts drafted Derwin James and have Jahleel Addae on the books for three more seasons, but Brooks cites the need for a deep centerfielder-type safety nonetheless. And Thomas has a history with Los Angeles DC Gus Bradley. He has a background with San Francisco DC Robert Saleh as well. The Bengals hosted Eric Reid on a visit that went poorly, but they were only in the market for a backup safety at that time. Tampa Bay spent plenty to add to its defensive front this offseason and added three DBs in the draft’s middle rounds. The Bucs boast Chris Conte and second-year man Justin Evans as their top safeties.

Here’s the latest out of Seattle:

The Seahawks have locked up the entirety of their 2017 draft class by signing third-round defensive backs Shaquill Griffin and Delano Hill, according to Bob Condotta of the Seattle Times (Twitter link). 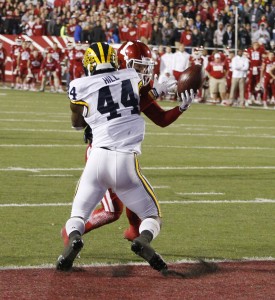 Griffin and Hill were selected within with five picks of each other, as Griffin — a UCF product — came off the board with the 90th overall selection while Hill, a Michigan alum, went at No. 95. Griffin, specifically, could see action early in his rookie campaign as incumbent corner DeShawn Shead recovers from a torn ACL. Hill, meanwhile, could act as insurance if Earl Thomas‘ rehab from a broken leg takes longer than expected.