Released from the Falcons’ practice squad on Friday, D’Onta Foreman is already drawing some new interest. The free agent running back is visiting with the Raiders on Tuesday, veteran NFL reporter Aaron Wilson tweets.

Foreman worked out for Atlanta at the beginning of August, and signed to the team’s practice squad after roster cuts. He lasted just a couple of days on the practice squad before getting the boot. Foreman also had a workout with the Seahawks back in April, his only other publicly reported visit this offseason. Foreman was highly regarded coming out of Texas, and the Texans drafted him 89th overall in 2017.

He flashed potential as a rookie, and was viewed as the future starter in Houston. Unfortunately, midway through his first pro season he tore an Achilles, an injury he struggled to recover from. He started the following year on the PUP list, and only ended up appearing in one game in 2018.

Foreman quickly fell out of favor with the team, with the organization accusing him of having poor work habits, and he was released in 2019. He latched on with the Colts, but then tore a bicep and sat out all of that season.

Signed to the Titans’ practice squad last season, he ended up appearing in six games for Tennessee, rushing 22 times for 95 yards. Jalen Richard was recently placed on injured reserve, which left the Raiders a bit thin at running back. They did just sign Peyton Barber a few days ago, but they still only have three active guys in the backfield for now. Despite being around for a while, Foreman only turned 25 back in April.

Former Texans and Titans running back D’Onta Foreman is meeting with the Falcons today (Twitter link via Adam Schefter of ESPN.com). Foreman, once a star at UT, could likely be had on a minimum-salaried deal with no guarantees. 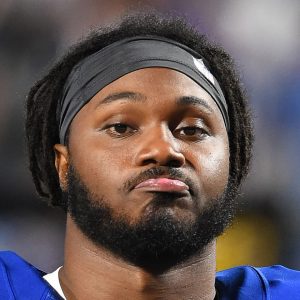 Foreman saw time in ten games as a rookie for the Texans, notching 327 rushing yards and two scores on 78 carries. But, towards the end of the year, he tore his Achilles. His 2018 follow-up was limited to just one game and he was subsequently released. Up until the injury, Foreman was considered a possible heir to Lamar Miller‘s RB1 job.

Foreman then had a cup of coffee with the Colts, but sat as a free agent for all of 2019. In 2020, he caught on with the Titans and tallied 22 totes for 95 yards. For his career, Foreman has 421 yards rushing and a decent 3.9 ypc average, albeit in a limited sample.

The Falcons are currently set to feature veteran Mike Davis, wide receiver-turned-running back Cordarrelle Patterson, and Quadree Ollison in the backfield. Davis and Ollison, in particular, have drawn strong reviews from coach Arthur Smith.

“It’s clear that both guys are very smart players. That’s obvious about both of them,” Smith said recently (via the team website). “They have pretty good hands, and we’re trying to push to see what they can do. That’s part of our job. We need to make sure they can (do. We’re trying to test them and be aggressive.”

The Seahawks are set to work out D’Onta Foreman, as ESPN.com’s Field Yates tweets. Foreman, a 2017 third-round pick, spent time with the Titans last season.

The Texans tapped Foreman after an impressive run at UT. He saw time in ten games as a rookie, compiling 327 rushing yards and two scores on 78 carries. A torn Achilles suffered towards the end of that 2017 campaign limited him to only a single appearance in 2018, however, leading to his release. He had a cup of coffee with the Colts, but sat as a free agent for all of 2019. It was a frustrating stretch for Foreman, who was once on track to take over for Lamar Miller in Houston.

In 2020, he caught on with the Titans and tallied 22 totes for 95 yards. For his career, Foreman has 421 yards rushing and a decent 3.9 ypc average in a limited sample.

The Seahawks lost Carlos Hyde to the Jaguars, but they did manage to retain Chris Carson. They’re also anticipating that former first-round pick Rashaad Penny will return healthy. If signed, Foreman can help to fortify that group if he can outperform the likes of Alex Collins, Travis Homer, and DeeJay Dallas. 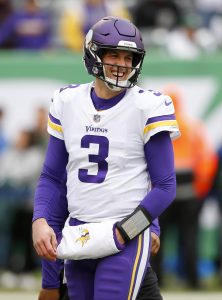 D’Onta Foreman‘s time with the Colts is officially over. The team has waived the young running back from injured reserve with an injury settlement, according to Adam Caplan of Sirius XM NFL radio (Twitter link).

This is a departure from what we initially heard after Foreman went down with a torn biceps. The Colts placed him on injured reserve, but it was reported that they planned to stash him on IR with the hopes of bringing him back to compete for a role in 2020. It’s unclear whether Indy changed their mind, or if Foreman and his representatives were able to force his way out so that he could try and play for a new team this season.

Unfortunately, Foreman’s once promising career has been derailed by injuries. The Texans drafted him in the third round in 2017, and he showed a lot of potential as a rookie. A lot of people thought he would eventually take over for Lamar Miller as Houston’s starter, but then he tore his Achilles toward the end of the season.

He had complications while recovering from it, and ended up playing in only one game in 2018. The Texans threw in the towel on the Texas product earlier this offseason, and he was quickly swooped up by the Colts. Shortly after signing, he went down with his latest serious injury. Here’s to hoping that Foreman can get back to full health wherever he ends up next.

Rumblings about the Texans attempting a last-ditch Jadeveon Clowney trade have cooled down, with the team unlikely to recoup too much value for the three-time Pro Bowler after the franchise tag extension deadline passed (and with Clowney being able to effectively block a trade by virtue of not signing his tender). The last report on Clowney’s return indicated he was expected to report back between the start of next week and the end of the preseason. Clowney also has a grievance rumored, seeking to be tagged as a defensive end ($17.1MM) instead of as an outside linebacker ($15.9MM). But the former No. 1 overall pick should be fighting to ensure the Texans cannot tag him again in 2020, Joel Corry of CBS Sports writes. However, with this prohibition clause having not occurred since 2008 (Albert Haynesworth with the Titans), Corry predicts the sixth-year Texans edge defender will fail on this front and end up being tagged again in 2020.

Here is the latest news from the AFC South, shifting to a player who will draw Clowney blocking assignments this season: