Texans outside linebacker Duke Ejiofor tore his ACL at practice this week, according to Aaron Wilson of the Houston Chronicle (on Twitter). It’s a season-ender – and familiar territory – for the 2018 sixth-round pick. 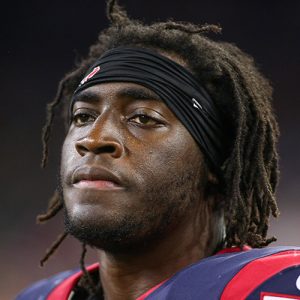 Last year, Elijofor saw his season erased by an Achilles tear. Before that, he showed promise in 12 games as a rookie, registering nine tackles, a sack, two pass breakups, and a fumble recovery. The Texans were looking forward to seeing what the Wake Forest product could do in a full, healthy season. Instead, they’ll have to wait until 2021 – his final year under contract – to see if he can put it all together.

Without Ejiofor on the roster, the Texans may look for outside reinforcements. Before the injury, he was slated to backstop Whitney Mercilus at strongside linebacker. On the plus side, they found a promising replacement for Eddie Vanderdoes by picking up former Raiders second-round pick P.J. Hall earlier this month. They also met with Brandon Marshall recently, though he would serve as an inside linebacker rather than an edge rusher.

As a busy Thursday for rookie signings winds down, the Texans don’t have any more work to do on this front. They reached agreements with each member of their draft class Thursday night, Aaron Wilson of the Houston Chronicle reports (on Twitter). Here’s the full rundown:

Having traded their first- and second-round picks in the deals for Deshaun Watson and Brock Osweiler, the Texans didn’t have as difficult of a time getting their class signed. However, they agreed to terms with three third-rounders, which hasn’t always been easy for teams because of vague CBA language regarding this round.

But Reid, Rankin and Akins are in the fold, and the Texans joined the Eagles among teams that have their full classes signed. Neither made first-round picks in this draft.