We’re all on Beast Mode watch. NFL.com’s Ian Rapoport reports (via Twitter) that Marshawn Lynch‘s physical “went well and as expected.” That was naturally a major hurdle as the Seahawks look to bring back the beloved veteran running back.

We learned earlier today that Lynch was set to meet with his former organization, and coach Pete Carroll was pretty candid about the team’s interest in the back.

“He’s been working really hard,” Carroll said (via ESPN’s Brady Henderson). “He’s really excited about the chance to do something helping out, and I think it’s freakin’ great if he could get out there and tote the ball for us. The circumstances rolled just at this time, and he could have four or five games left in him. Maybe that’s what we need.

“He’s had plenty of time to be working and get ready in case something came up, and I’m anxious to see him when we get him here. There’s a lot of history here that’s great history. There was nobody that ever amplified the kind of mentality and toughness that we like to play with, so if we get a chance to get the Beast back on the field, we’ll see how that works out.”

As we wait for the inevitable signing, let’s check out some more notes out of Seattle…

The Seahawks have added one of their former running backs…but it’s not Marshawn Lynch (at least not yet). NFL Network’s Mike Garafolo reports (via Twitter) that Seattle is expected to sign running back Robert Turbin. 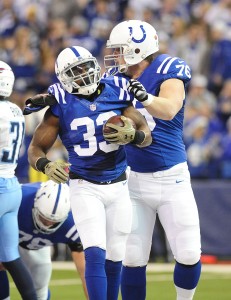 Those hoping for a Beast Mode reunion shouldn’t fear, however. Garafolo notes that the team is “still working through” Lynch’s meeting and physical. We heard earlier today that both the organization and the former Pro Bowler were “optimistic” that a deal would ultimately get done.

As for Turbin, he was among the running backs that worked out for the Seahawks earlier today. That grouping also included C.J. Anderson, who told ESPN’s Josina Anderson that he won’t be signing with the organization (Twitter link).

Turbin spent the first three seasons of his career in Seattle, including the Seahawks’ Super Bowl-winning campaign. The 30-year-old’s last NFL gig was with the Colts, who he played for between 2016 and 2018. Turbin ran for seven touchdowns during his first season in Indy, but he was limited to only eight games during his final two years with the team.

Following injuries to Chris Carson, C.J. Prosise, and Rashaad Penny, the Seahawks are in desperate need of backfield help. The organization is clearly valuing familiarity when it comes to adding reinforcement at the position.

Seahawks To Meet With Robert Turbin

Will it be Beast Mode or Bobby Turbo? In addition to meeting with Marshawn Lynch, the Seahawks will also huddle up with running back Robert Turbin, Mike Garafolo of NFL.com (on Twitter) hears.

Turbin, 30, has not played in a game in over a year. He was last with the Seahawks during the 2014 season, serving as one of Lynch’s backups. From 2016-2018, he was with the Colts – his best work came in ’16, when he found the end zone seven times. It was a breakout year for him as he did not score more than one TD in any other season.

Turbin met with the Raiders in April, but did not sign with Jon Gruden‘s squad. He also auditioned for Seattle earlier this month, alongside Alfred Blue.

Rashaad Penny‘s IR placement has made Chris Carson the sole focal point of the Seattle backfield, but the 11-3 team is looking at potential supplementary options.

The Seahawks brought in former backfield cog Robert Turbin and ex-Texan Alfred Blue for workouts, Field Yates of ESPN.com tweets. Carson logged 24 carries Sunday against the Panthers, with backups C.J. Prosise and Travis Homer combining for seven. Penny had earned a bigger role in the backfield as the season progressed, due partially to Carson’s fumbling issues.

Now 30, Turbin has not played in a game in over a year. He was last with the Seahawks during the 2014 season, serving as one of Marshawn Lynch‘s backups. Bobby Turbo was a Colt from 2016-18, his best Indianapolis work coming in a seven-touchdown 2016 season. He did not score more than one TD in each of his other six NFL seasons. He met with the Raiders in April.

Blue, 28, has only played for the Texans. He also has not suited up in a 2019 game. Last season, the longtime backup/occasional starter averaged 3.3 yards per carry.

The Raiders are scheduled to work out free agent running back Robert Turbin on Thursday, according to Ian Rapoport of NFL.com (Twitter link).

Turbin, 29, started the 2018 campaign on the Colts’ suspended list after being handed a four-game performance-enhancing drug ban. The former Seahawk, Brown, and Cowboy was activated in October, but didn’t have much a role behind Marlon Mack, who’d taken hold of Indianapolis’ starting running job during the first month of the season. Turbin appeared in only two games and posted just four carries before the Colts cut him in early November.

If signed by the Raiders, Turbin would serve in a veteran backup role and likely wouldn’t be counted on as a focal point of Oakland’s offense. He hasn’t topped 50 attempts or four yards per carry since 2014, and averaged a paltry 3.1 yards per touch during his three-year run with the Colts. On the plus side, Football Outsiders in 2016 charted Turbin as one of the more effective running backs who handled fewer than 100 carries.

Ingram, Edelman To Return In Week 5 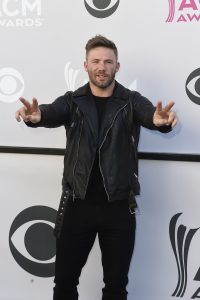 Players do not count against a team’s roster max while suspended, so clubs will have to make room for these players before adding them for Week 5. There will be some tough decisions to make, but the upside is clear in most of these cases, particularly when it comes to offensive weapons like Ingram and Edelman or defensive pillars like Burfict and Irving.

Alvin Kamara should remain the focal point of the Saints’ running game, but the return of Ingram will give opposing defenses something else to think about. And, as we saw in the first three weeks of the Patriots’ season, Edelman has been sorely missed.

More information continues to trickle out about the suspensions handed down this week. One part of the Jameis Winston case that flew a bit under the radar was the involvement of Eagles cornerback Ronald Darby. When the allegations against Winston first surfaced last November, Darby came to Winston’s defense and insisted that Winston was innocent and said he was in the car during the Uber ride in question.

During the NFL’s investigation that followed, Darby reportedly backtracked. He told investigators he “no longer recalled” the Uber ride, per ProFootballTalk. Despite his initial defense of Winston and his now apparently conflicting statements, it looks like Darby is in the clear. An NFL spokesman told Aaron Kasinitz of PennLive that Darby “will not face punishment” from the league (Twitter link).

Here’s more on the recent suspensions:

Colts running back Robert Turbin is facing a four-game suspension after testing positive for performance-enhancing substances. Turbin confirmed this news on his Twitter account.

Turbin is entering the second season of his two-year Indianapolis deal and is now part of a Colts running back contingent that doesn’t include three-year starter Frank Gore. Turbin, 28, will be shelved for at least a fourth of the Colts’ games after playing in just six last season.

Gore’s absence clears the way for Marlon Mack to have a much bigger role. However, Mike Wells of ESPN.com tweets Turbin operated as the team’s first-unit back this offseason, doing so despite his 2017 season ending early because of an arm injury. Mack underwent shoulder surgery this offseason, per Mike Chappell of Fox 59 (Twitter link). The former Seahawks back rushed for seven touchdowns in 2016 with the Colts but scored just one last year and saw just 23 carries.

The Colts made multiple additions to their backfield on Day 3 of this draft, so this suspension likely puts Turbin’s roster spot in jeopardy. Indianapolis selected Nyheim Hines out of North Carolina State in the fourth round and added Jordan Wilkins out of Ole Miss in the fifth. The Colts also house Turbin’s former Seahawks teammate, the now-well-traveled Christine Michael, and 2016 UDFA Josh Ferguson.