Marlon Mack‘s days in Indy are numbered, as the running back and the Colts mutually agreed to part ways earlier this week. That would normally lead to some awkwardness before a trade is consummated, but Mack said the organization has been more than happy to work with him.

“Just had an agreement with what’s best for me,’’ Mack said today (via Mike Chappell of Fox59.com). “They were just all with it. They supported me 100%. It’s a mutual agreement I would say.’’

While Mack is back to full health following last year’s Achilles tear, the running back finds himself behind Jonathan Taylor and Nyheim Hines on the depth chart. While Mack would prefer a situation that offers him a chance to actually play, he said he’s still fully committed to helping the Colts until a deal is made.

“I’ve just got to continue working hard for this team and get a W,” Mack said. “I’m just being patient. That’s one thing I do well. Be a good human I would say overall. Just have good imaging around guys and don’t be negative.’’

The 2017 fourth-round pick had 2,184 yards from scrimmage and 18 touchdowns between the 2018 and 2019 season, but his 2020 season was basically wiped out thanks to injury. While the 25-year-old may be a veteran on the Colts depth chart, he still believes he has plenty left in the tank.

“I’m definitely young,” Mack said. “That’s the thing. In this business as a running back, they say I’m an old man already, but I’m only 25…That’s why it’s like, ‘Man, I’ve got to go out there and get it now.’ Next year teams may be like, ‘Yeah, I don’t want that old running back.’” 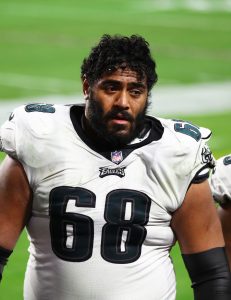 The Jaguars lost one of their key offensive weapons tonight. Wide receiver DJ Chark was carted off the field during the first quarter of tonight’s game against the Bengals. NFL Network’s Ian Rapoport reports (via Twitter) that the wideout suffered a fractured ankle, an injury that will surely sideline him for the foreseeable future. 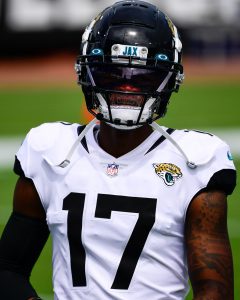 Chark had his ankle awkwardly bent back during a play. He was unable to put weight on his leg and was ultimately carted off the field. After initially being listed as “questionable” to return, the receiver was downgraded to “out.”

The former second-round pick had a breakout campaign in 2019, finishing with 1,028 yards from scrimmage and eight touchdowns. His numbers took a step back in 2020, and through the first three games of the 2021 campaign, he hauled in only seven receptions for 154 yards and two touchdowns.

Fortunately for Trevor Lawrence and the Jaguars, the passing game can still lean on receivers Marvin Jones and Laviska Shenault. The team also activated Tavon Austin today, providing the team with another weapon.

Eagles Not In Deshaun Watson Mix?

Deshaun Watson is set to go into his fourth game as a healthy scratch for the Texans, but the team is believed to be more open to making a deal. The Texans have softened their asking price for the embattled Pro Bowler.

While the Dolphins are the team most closely connected to Watson, the Eagles have been mentioned as a team monitoring the situation. Philadelphia may be stepping out of the Watson sweepstakes, however, with Fox’s Jay Glazer noting (via Twitter) the team is not currently in the mix for the three-time Pro Bowler.

The legal and civil suits in which Watson is embroiled have torpedoed his trade value, with suitors understandably leery about the quarterback’s availability. The Eagles do have the draft capital to make an interesting offer. Philly has two 2022 first-rounders and would collect a third if Carson Wentz plays 75% of the Colts’ snaps this season. Even if Wentz falls below that threshold, that pick would become a second-rounder in ’22.

Philly also has uncertainty at quarterback. After a strong start, Jalen Hurts‘ audition season has hit an early rough patch. This trend continuing will link the Eagles to the 2022 first-round QB prospects, though that group has not generated the kind of hype the 2020 or 2021 classes did. While the Eagles would make sense as a Watson suitor, the Dolphins may be readier to make a deal before this year’s deadline. Dolphins owner Stephen Ross is believed to be behind a Watson trade, even amid the off-field trouble.

This year’s trade deadline is Nov. 2. The Texans would seemingly benefit by hanging onto Watson throughout this season and committing to trade him in the offseason, when more clarity emerges on his availability. If the Eagles are stepping back on a possible 2021 trade, the Dolphins would be in position to benefit — if they are indeed willing to part with notable capital to acquire Watson without knowing what punishment will come to pass.

Antonio Brown will join Tom Brady and Rob Gronkowski in returning to New England this week. The Buccaneers activated their high-profile No. 3 wide receiver Thursday. 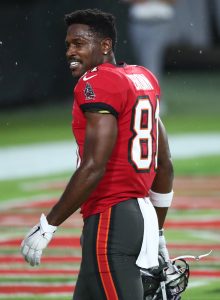 A positive COVID-19 test landed Brown on the Bucs’ virus list ahead of their Week 3 Rams tilt. Brown is vaccinated, as the Bucs’ team rate hit 100%, making for a quicker return for the 12th-year veteran. Brown’s return comes shortly after the Bucs lost No. 4 wideout Scotty Miller to an injury, one that will keep him out a while.

Brown played in Week 1 for the first time since 2018 but has missed the past three Week 3s. The Patriots signed the mercurial receiver shortly after the Raiders cut him ahead of the 2019 season and used him in Week 2 of that year. But a report of Brown sending intimidating text messages to a woman who’d accused him of sexual misconduct led the Patriots to cut him after less than two weeks.

Brown, 33, will now return to Foxborough with fellow ex-Patriots Brady and Gronkowski, though Brown’s trip back to Massachusetts will be obviously overshadowed. This game will be Brown’s first against one of the three teams that parted ways with him in 2019. The Bucs do not play the Steelers or Raiders this season. Thanks to a strong season opener, Brown has six receptions for 138 yards and a touchdown this year.

The Raiders have designated running back Jalen Richard for return. Meanwhile, fellow RB Josh Jacobs joined the team for practice on Thursday, a sign that he could take the field against the Chargers this week.

Richard has spent five seasons with the Raiders, including a 2018 campaign where he finished with 866 yards from scrimmage. He hasn’t been able to match that production over the past two years, combining for only 729 yards from scrimmage in 29 games. Still, the 27-year-old was supposed to open the year as a primary backup to Jacobs. Instead, he’s been sidelined for the last couple of months with a foot injury.

Jacobs, meanwhile, has not been seen since the season opener against the Ravens. Instead of putting him on IR and ruling him out for three games, they’ve tasked Kenyan Drake and Peyton Barber with handling the workload. The two-time 1,000-yard rusher scored two touchdowns in that game with 40 all-purpose yards.

Drake has yet to flourish in their stead, but Barber delivered last week with 111 rushing yards to help top the Dolphins.

USC reportedly has Anthony Lynn on the radar. However, the Lions’ offensive coordinator says he hasn’t been contacted by anyone with the Trojans (Twitter link via Dave Birkett of the Detroit Free Press). 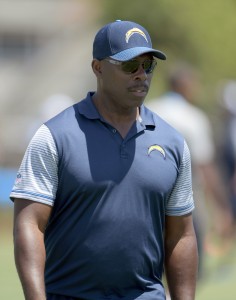 Lynn says he remains completely focused on the Lions, who are still in search of their first win this year. At the same time, he declined to say whether he would consider the opportunity at USC after the season. While the athletic department has yet to reach out, it’s been reported that boosters have made contact.

Lynn, 52, spent four years as the Chargers’ head coach up until he was canned in January. Weeks later, he agreed to join Dan Campbell as the Lions’ OC, but Lynn initially planned to take the year off.

“I’ve been on the sideline since I was six years old. I have not had a break since I was six years old, literally, every single fall,” Lynn said over the summer. “I really had my mind made up that I was going to take a gap year travel a little bit, go see some other teams, visit some of the coaches that I know, and see how they’re doing things. I had made my mind up to sit out this year, but then when Dan called, you know, that changed everything.”

Eric Bieniemy has also been linked to the USC vacancy and some have wondered whether Urban Meyer could get in the mix. For his part, Meyer says he’s committed to the Jaguars.