The Dolphins have designated rookie linebacker Andrew Van Ginkel to return from injured reserve, according to Barry Jackson of the Miami Herald (Twitter link). Van Ginkel suffered a foot injury during the preseason that sidelined him until now. 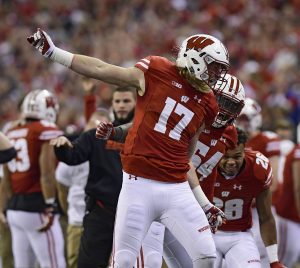 Van Ginkel will become the second and final Miami player designated to return from IR this year, joining offensive tackle Julien Davenport, who was designated for return in late October but hasn’t yet officially returned to practice. Because NFL teams are only allowed to bring two players off injured reserve, other injured Dolphins like cornerback Aqib Talib and defensive end Jeremiah Ledbetter, are officially done for the season.

Van Ginkel, 24, spent the final two years of his collegiate career at Wisconsin after originally playing at both South Dakota and Iowa Western Community College. In his two years as a Badger, Van Ginkel appeared in 26 games, posting 98 tackles, 12 sacks, and two interceptions during that time. In Van Ginkel’s pre-draft profile, NFL.com’s Lance Zierlein said the 6’4″, 234-pounder plays with “consistent energy” but can also be “manhandled” by opposing offensive tackles.

Because he was placed on IR shortly after initial 53-man rosters were set, Van Ginkel has yet to make his NFL debut. When he does, he’ll likely play in a reserve and special teams role behind Dolphins starting outside linebackers Charles Harris and Samuel Eguavoen. 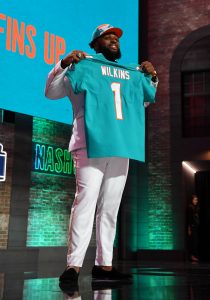