After five seasons in Atlanta, Blidi Wreh-Wilson will head west. The veteran cornerback agreed to terms with the Raiders on Wednesday, according to his agency (Twitter link).

This marks the sixth straight year Wreh-Wilson has signed a contract. The Falcons kept the former Titans third-round pick around via a series of one-year deals.

Wreh-Wilson played 41 games with the Falcons, operating mostly as a backup. Despite not lasting throughout his rookie contract in Tennessee, the eight-year veteran has managed to carve out a decent career for himself. The Raiders showed interest just before the draft, hosting him on a visit in late April.

The Raiders have brought in multiple veteran corners this offseason, with Casey Hayward and Rasul Douglas now in the fold. The team also drafted Nate Hobbs in the fifth round. Las Vegas used a 2019 second-round pick on Trayvon Mullen and acquired Damon Arnette in the 2020 first. The team has taken a few swings at this position, which has proved difficult to fill.

Wreh-Wilson, 31, did start 11 games for the 2014 Titans. But he settled into a second-string role soon after, and the Titans cut him after their 2016 training camp. Despite not starting any games last season, Wreh-Wilson intercepted a career-high three passes. The 6-foot-1 defender has four picks in his career.

Blidi Wreh-Wilson could be heading back to the AFC. The Raiders hosted the veteran cornerback on a visit today, reports ESPN’s Field Yates (via Twitter).

Wreh-Wilson eventually caught on with the Falcons during their 2016 run to the Super Bowl, appearing in a single regular season game. He ended up spending the next four seasons with Atlanta, appearing in 40 games between the 2017 and 2020 seasons. He also got into a pair of playoff games during the 2017 season.

The Falcons will bring in an offensive line swing man and re-sign one of their backup cornerbacks of recent years. Atlanta signed Justin McCray and Blidi Wreh-Wilson on Sunday.

McCray, who played with the Browns last season and has seen action with three teams since 2014, agreed to a one-year deal, Vaughn McClure of ESPN.com tweets. Wilson has been with the Falcons since 2016; he signed a one-year deal to stay in Atlanta in February 2019.

A former UDFA out of Central Florida, McCray started four games with the Browns last season. He started 13 with the Packers from 2017-18. The Packers traded McCray to the Browns last August, and the 27-year-old blocker saw action at guard and tackle. Largely because of his work in pass protection, McCray graded as one of Pro Football Focus’ worst tackles in 2019.

Wilson, 30, has started three games since coming to Georgia nearly four years ago. He saw his biggest workload in 2019, playing 335 defensive snaps. Wilson finished with seven passes defensed and 25 tackles last season. Having released Desmond Trufant, the Falcons are retooling at cornerback. They will have more moves to make at this position going forward this offseason.

The Falcons and Blidi Wreh-Wilson have agreed to an extension, according to a team announcement. The new deal is for one year and will keep the cornerback in the fold through the 2019 season.

“Blidi has been a very versatile player for us over the last three years,” coach Dan Quinn said in a release. “He has experience in our system and adds depth for both the defense and special teams units.”

Wreh-Wilson was initially set to hit the open market in mid-March. The new deal doesn’t give him much in long-term security, but it probably included enough in the way of guaranteed money for him to punt on free agency. This marks the third straight year in which the 29-year-old has signed a one-year deal with Atlanta.

For the Falcons, the deal gives them some semblance of consistency in the secondary. Earlier this offseason, the club cut The Falcons released starting cornerback Robert Alford and elected against tendering slot corner Brian Poole.

Let’s take a look at the details of some recently-signed free agent contracts: 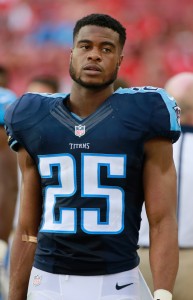 Wreh-Wilson only appeared in a single game in 2016 after being released by the Titans in August. However, from 2013 through 2015, the 27-year-old appeared in 34 games (14 starts) with Tennessee. His best season came in 2014, when he compiled 57 tackles, 10 passes defended, and one interception.

The veteran may have an opportunity to carve out a role behind Keanu Neal and Ricardo Allen. He’ll be competing with Sharrod Neasman and Akeem King for snaps in the Atlanta secondary.