The Texans have requested permission to interview Patriots director of player personnel Nick Caserio for their vacant GM job, as Mark Berman of Fox 26 KRIV tweets. As has been reported previously, Berman confirms that Caserio is Houston’s top choice. 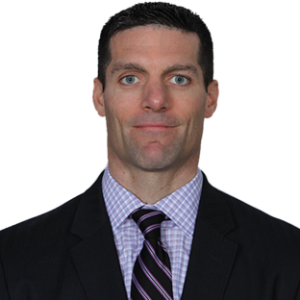 Houston was in the hunt for a new GM in early 2018 as well, but New England denied the Texans’ request to interview Caserio. As Mike Florio of Pro Football Talk observes, in order to hire away an executive under contract with a rival club, the hiring team must offer “the primary authority over all personnel decisions related to the signing of free agents, the selection of players in the College Draft, trades, and related decisions; and . . . the primary responsibility for coordinating other football activities with the head coach.” And, even if the hiring team offers those responsibilities, the incumbent club can still block the interview if its season has not yet ended.

It sounds as though the Texans are prepared to offer Caserio full GM responsibilities rather than make him a “GM Light” who would cede significant power to head coach Bill O’Brien. As Albert Breer of TheMMQB tweets, New England was able to prevent Caserio and director of college scouting Monti Ossenfort from interviewing for the Texans’ GM job last year only because the Pats’ season hadn’t ended yet. This time around, though, the Patriots cannot prevent their executives from hearing Houston’s pitch.

That is, of course, if they are even interested. It would be difficult for an exec to leave the friendly confines of Foxborough for uncharted waters elsewhere, and the quick and unexpected firing of former Houston GM Brian Gaine would certainly be cause for concern. On the other hand, the Texans do have a roster that looks capable of immediate contention, and with a young and promising QB in Deshaun Watson, a first-time GM could certainly do worse than land with Houston.

The Texans have already interviewed Ray Farmer and plan to interview Martin Mayhew. One name that is not on the agenda as of yet is Cowboys VP of player personnel Will McClay, as Calvin Watkins of The Athletic reports (via Twitter). Watkins expects Houston to reach out to McClay, but he does not expect McClay to leave his current position.

The Cowboys are holding on to vice president of player personnel Will McClay. After the McClay declined an opportunity to interview with the Texans about their GM opening, the team rewarded him with a two-year extension, as ESPN.com’s Todd Archer writes. 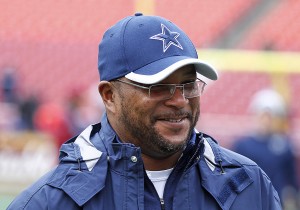 The new deal, presumably, comes with a pay raise for his loyalty. The Cowboys wanted to keep McClay, a widely respected and highly sought after talent evaluator, even though he his blocked from the GM job with Jerry Jones in command.

As Archer notes, the Cowboys have drafted four Pro Bowl players – Zack Martin, Demarcus Lawrence, Ezekiel Elliott, and Dak Prescott – since McClay took over the college and pro personnel departments in 2014. In that span they’ve also tapped 14 players who start or play key roles for the team.

Another Texans GM candidate bites the dust. On Wednesday morning, Cowboys exec Will McClay confirmed that he has turned down an opportunity to interview for the Texans’ GM vacancy (Twitter link via ESPN.com’s Todd Archer).

The Cowboys did right by McClay and granted him permission to speak with Houston. However, he is choosing to remain with Dallas as the leader of the personnel department. McClay has held the position since 2014 and built a reputation as one of the league’s best scouting talents.

So far, the Texans have been denied permission to interview the Eagles’ Joe Douglas and Nick Caserio and Monti Ossenfort of the Patriots. They were hoping to sit down with Brian Gutekunst, but the Packers took him off of the board by giving him their own GM job.

For a full rundown of Houston’s GM search (and a recap of Green Bay’s), check out PFR’s 2018 General Manger Search Tracker.

Cowboys vice president of player personnel Will McClay says he has permission to speak with the Texans regarding their vacant general manager position, but he has yet to be contacted by Houston, as Todd Archer of ESPN.com writes. John McClain of the Houston Chronicle (Twitter link) reported earlier today that McClay had declined to interview with the Texans. Houston requested permission to interview McClay earlier this morning.

As PFR’s 2018 General Manger Search Tracker indicates, the Texans’ list of potential candidates is quickly winnowing, as they’ve been denied permission to interview the Eagles’ Joe Douglas and the Patriots’ Nick Caserio and Monti Ossenfort. Brian Gutekunst, meanwhile, was expected to interview in Houston but was promoted to become Green Bay’s GM earlier today.

While internal candidate Jimmy Raye III has also been mentioned as an option for the Texans, the clear favorite for the position is Bills vice president of player personnel Brian Gaine. Peter Schrager of NFL.com reported last week that Gaine — who previously spent three years in Houston — was the frontrunner for the vacancy, and Ian Rapoport of NFL.com (Twitter link) reiterated today that Gaine should be expected to return to the Texans.

Texans Request Interview With Will McClay

It could be equally difficult to pry McClay from Dallas, as Breer notes. McClay is highly respected around the league, and he is among the Fritz Pollard Alliance’s recommended minority candidates for GM jobs this offseason.

Earlier today, it was reported that the Patriots denied the Texans’ request to interview Patriots executive Nick Caserio and Monti Ossenfort. However, it was also reported that, despite that denial, Houston could still interview Caserio and Ossenfort once the Patriots’ season ends, and since Dallas’ season is already over, the Cowboys may not be able to block the Texans’ request to meet with McClay. They could, though, give McClay a raise in order to keep him around.

Jon Machota of the Dallas Morning News recently wrote that he does not expect McClay to depart for a GM position just yet, as he has a great deal of say with the Cowboys, enjoys working with other members of the team’s front office, and is determined to bring another Super Bowl to Dallas.

Douglas was not included in the league’s annual list of prospective GM candidates, but he has wielded considerable influence over the Eagles in his year-and-a-half with the team. This past year, top exec Howie Roseman gave Douglas more control over the draft board that he has to previous lieutenants. Owner Jeffrey Lurie also recognizes the role that Douglas has had in the team’s success.

“The hiring of Joe Douglas, I thought, was the pivotal moment of the last year,” said Lurie.

Several teams have failed to lure McClay away from the Cowboys, but this could be the year that he finally leaves the nest. He is among the Fritz Pollard Alliance’s recommended minority candidates for GM jobs this offseason.

The Texans’ next GM will reportedly have roster control over head coach Bill O’Brien. But, in an interesting twist, O’Brien will be a part of the four-man team in charge of the hiring process along with McNair, team president Jamey Rootes, and vice chairman/CEO Cal McNair.

The GM job opened up this week when Rick Smith announced that he will be taking a leave of absence to care for his wife as she battles breast cancer. Both parties left the door open to Smith returning to his role as GM at some point, but that seems unlikely if a permanent hire is made. At minimum, the plan is for Smith to remain with the organization and carry the title of Executive Vice President.

Texans vice president of football operations/assistant general manager Jimmy Raye III may also be in the mix for the job, Ian Rapoport of NFL.com tweets.

A look at the NFC East: