The few years preceding the dawn of the Kyle Shanahan era in San Francisco were dark times. The 49ers had three coaches in a three year span and experienced a lot of losing. The stress took a toll on many of the team’s veteran players, including longtime left tackle Joe Staley.

Staley, who’s been with the 49ers ever since he was taken in the first round back in 2007, revealed in a recent interview with Eric Branch of The San Francisco Chronicle that he considered retirement amidst all the losing and coaching changes. It’s all behind him now, and he says he feels rejuvenated by the energy Shanahan has injected into the team, but it sounds like Staley very nearly walked away from the game. 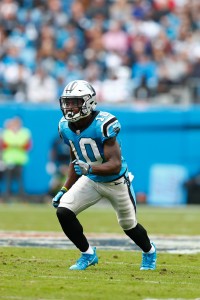 Rivera stated now that the surgery is complete, Samuel can expect a lengthy rehab before returning to the field. “It’s going to be a long rehab, obviously, especially because it happened this late in the season,” Rivera said. “But all indications are it went well.”

Since Carolina traded Kelvin Benjamin to the Bills at the deadline, the Ohio State product has seen his playing time increase as a featured receiver alongside Devin Funchess. Before suffering the injury, Samuel produced his best game of the season with five grabs on seven targets for 45 yards. He was praised by quarterback Cam Newton, who said he was “on the cusp,” and offensive coordinator Mike Shula said there were “lots of good things” from Samuel before sustaining the injury.

Samuel finished his season with 19 receptions for 115 yards and 64 rushing yards on four carries.

The Panthers’ passing game will be getting its skill-position centerpiece back. Greg Olsen will be activated in advance of Carolina’s Week 12 game against the Jets, Ron Rivera said Friday (via Jourdan Rodrigue of the Charlotte Observer, on Twitter). 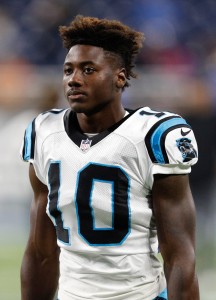 Curtis Samuel will go on IR to make room on the roster.

Olsen has been out since Week 2 because of a fractured foot. The veteran tight end returned to practice just this week. The Panthers had a bye in Week 11. But after losing Samuel, the team will deploy another key pass-catcher — and its most reliable weapon of the past few seasons.

Olsen reeled off three straight 1,000-yard seasons from 2014-16, so the NFC South-contending team will be better suited to challenge the Saints now that the Pro Bowl pass-catcher is back in the mix.

Samuel finished his rookie season with 19 touches for 179 yards from scrimmage. He became a bigger part of the offense after the Kelvin Benjamin trade.

When Curtis Samuel exited Monday night’s game, the Panthers were hopeful that he had only suffered a high ankle sprain. Unfortunately, doctors gave the wide receiver some bad news on Tuesday afternoon. He has significant ligament damage in his ankle and will have to be shut down for the season as a result, a source tells Adam Schefter of ESPN.com (Twitter link).

Samuel dropped a would-be touchdown pass in the third quarter and injury was added to insult when a Dolphins defensive back rolled on his foot. The second-round rookie’s season ends with 15 catches (26 targets) for 115 yards plus four carries for 64 yards.

The Panthers could fill the void from within, as suggested by Joe Person of the Charlotte Observer. Second-year pro Damiere Byrd is eligible to return from injured reserve soon and could theoretically suit up in time for the Panthers’ Dec. 3 game against the Saints.

The Panthers are 7-3 after topping the Dolphins on Monday night. The Saints, riding a seven-game winning streak, sit atop the NFC South with a 7-2 record.

Falcons defensive end Adrian Clayborn had six sacks on Sunday, and that allowed him to cash in on a $750K incentive, a source tells Adam Schefter of ESPN.com (on Twitter). Clayborn’s contract called for a $750K incentive if he reached eight sacks on the year and he entered the game with two. If he gets another two this season, he’ll earn $1.25MM. Clayborn’s real payday could come in the spring after his two-year contract with Atlanta expires. The former first-round pick is still only 29 and will not turn 30 until next July.

The Panthers have signed their entire 2017 draft class. One day after inking first-round selection Christian McCaffrey, all seven Carolina draft picks are now officially in the fold:

Elder and Butker were the last to agree, but they put pen to paper after Friday morning’s rookie camp session. As shown in PFR’s team-by-team draft breakdown, the Panthers are the first team to sign their entire draft class.

According to Lance Zierlein of NFL.com, Samuel’s game is reminiscent of Oregon product Josh Huff. Opinions are split on how this well-rounded receiver’s game will translate as a pro.

“It’s kind of like with Jalin Marshall last year,” a regional scout told Zierlein. “How do you use him? He’s not a running back and his routes and hands really aren’t that good. Marshall went undrafted. Samuel is a better athlete but they are about the same size and give you the same concerns with how to use them.”

According to Albert Breer of The MMQB (Twitter link), there is offset language in McCaffrey’s deal.

The latest draft visits from the NFC:

The Ravens’ trade of defensive tackle Timmy Jernigan could impact the Jets‘ asking price for Sheldon Richardson, as Rich Cimini of ESPN.com details. Gang Green may still be asking for a first-round pick in exchange for Richardson, but they’re highly unlikely to reap that level of compensation. When accounting for the draft picks swapped by Baltimore and Philadelphia, the Eagles gave the equivalent of a late third-rounder for Jernigan, as Cimini writes (using Chase Stuart of Football Perspective‘s model, the Eagles paid much less: a late fifth-round pick). Jernigan is also much cheaper in 2017, as he’ll earn just north of $1MM while Richardson will take in more than $8MM.