Former Bills running back Karlos Williams has been conditionally reinstated by the NFL, according to Ian Rapoport of NFL.com (on Twitter). Williams has not played since his rookie year in 2015, but he may now have an opportunity to get his career back on track. 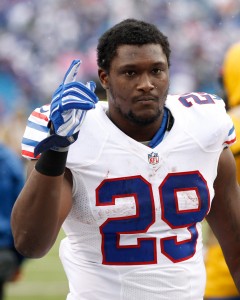 The letter informed Williams of the good news and noted he was humbled and committed to not squandering his second chance. Provided that Williams stays clean following his substance abuse suspension, he should be able to sign with a club and suit up.

Williams averaged 5.6 yards per carry as a rookie (with nine all-purpose touchdowns) and showed serious promise. But, before the 2016 season, he was a surprise cut when he showed up to Buffalo out of shape. He later hooked on with the Steelers, but never played a down for Pittsburgh.

Free agent running back Karlos Williams has been suspended for at least one year, a source tells Field Yates of ESPN.com (Twitter link).

Williams had been handed a 10-game ban last November after violating the league’s substance abuse policy, so this latest suspension is likely the next step in an ongoing punishment process. The 24-year-old signed a reserve/futures contract with the Steelers this offseason, but had been waived in May. With a long-term penalty hanging over his head, it’s going to be difficult for Williams to land another job at any point in the near future.

A former fifth-round pick, Williams posted an extremely promising rookie campaign with the Bills in 2015, averaging 5.6 yards per carry on 93 attempts while scoring seven touchdowns. Buffalo cut Williams in the summer of 2016 following his first substance abuse suspension (and amid reports that he arrived at camp overweight).

The Steelers have waived running back Karlos Williams, reports ESPN’s Field Yates (via Twitter). The former fifth-rounder never took the field for Pittsburgh during his one-year stint with the organization. 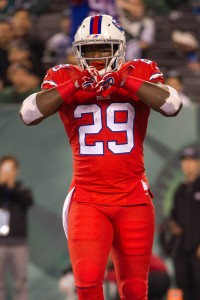 Williams joined the Steelers’ practice squad in October, but the running back was subsequently suspended 10 games for violating the NFL’s substance abuse policy. Following his return, the organization inked him to a reserve/futures contract.

Williams played in 11 games with the Bills during his rookie campaign, including three starts. He ultimately ran for 517 yards and seven touchdowns on 93 carries (5.6-yard average), and he added another 11 receptions for 96 yards and two scores. The player’s pair of suspensions have certainly clouded his future in the league.

The Steelers are now rostering a pair of running backs in Le’Veon Bell and Fitzgerald Toussaint.

The Jets’ decision to hire Todd Bowles as their head coach instead of Dan Quinn in 2015 may have cost them a chance to acquire then-backup quarterback Kirk Cousins from the Redskins, according to Manish Mehta of the New York Daily News. Quinn’s offensive coordinator in Atlanta, Kyle Shanahan, would have come with him to New York but would not have wanted to work with Geno Smith, sources told Mehta. Shanahan would have pushed to acquire Cousins, whom he knew from their time together in Washington in 2012. A big Cousins fan, Shanahan was reportedly “integral” in the Redskins’ drafting of the ex-Michigan State signal-caller. Along with Shanahan, Quinn would have brought former Buccaneers general manager Mark Dominik with him to work in the Jets’ front office. Dominik is close with Redskins president Bruce Allen, and their friendship could have further helped lead the way to a Cousins trade, writes Mehta.

As we ponder what could have been, here’s more from New York and a few other AFC cities:

The Steelers aren’t ready to give up on Karlos Williams. Ed Bouchette of the Pittsburgh Post-Gazette reports (via Twitter) that the organization has signed the running back to a reserve/futures contract. The NFL also lifted Williams’ 10-game suspension.

After being taken by the Bills in the fifth round of the 2015 draft, Williams showed plenty of promise during his rookie season. In 11 games (three starts), the running back rushed for 517 yards and seven touchdowns on 93 carries, and he added another 11 receptions for 96 yards and a pair of touchdowns. However, Williams showed up overweight to training camp this past season, and he was subsequently handed a four-game suspension for violating the NFL’s substance abuse policy. The Bills ultimately decided to cut the promising running back, and he passed through waivers unclaimed.

Several teams showed interest in Williams, including the Jets and Steelers. Even the Bills were rumored to be considering a reunion. The running back ultimately caught on with Pittsburgh’s practice squad, but he was handed with a 10-game suspension in late November.

Williams could have an opportunity to make the Steelers’ roster next season. Starting running back Le’Veon Bell is expected to return, but backup DeAngelo Williams is also hitting free agency. Considering the veteran is set to turn 34 this offseason, the team could instead look towards the younger Williams, who is still only 23-years-old.

The Bills cut ties with running back Karlos Williams earlier this year when they realized that he wasn’t worth the headaches. Now, the Steelers will either have to do the same or keep some Tylenol handy. 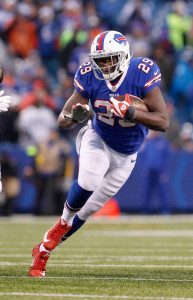 Williams has been handed a 10-game suspension for violating the NFL’s substance abuse policy, Ian Rapoport of NFL.com tweets. Since he’s on the practice squad, the move doesn’t necessarily affect the team’s plans. But it seems likely that he will be released to free up a spot on the 10-man unit.

Not long ago, Williams looked like he could be the the heir apparent to LeSean McCoy in Buffalo. As a fifth-round rookie in 2015, the ex-Florida State Seminole picked up 613 scrimmage yards and scored nine times on just 104 touches. But he earned a four-game substance abuse suspension in July and then showed up to training camp out of shape, leading the Bills to cut him in late August.

Williams joined the Steelers’ practice squad last month, but he didn’t earn a promotion to the team’s active roster and his season – and maybe his Steelers career – will now end thanks to his latest ban.

The Steelers announced that they have signed Karlos Williams to their practice squad. Williams’ four-game suspension recently wrapped up, meaning that he is free to play.

Williams is known to be an exceptionally talented back, but his work ethic and conditioning has been called into question in the past. This summer, Williams ballooned up to 261 pounds, up from his 2015 playing weight of 229. On top of that, the Bills had to deal with some off-the-field missteps from the youngster and this offseason they decided that it would be best to cut ties with him. It wasn’t long ago that Williams looked like he could be the heir apparent to LeSean McCoy.

Williams auditioned for the Steelers in late August and although he did not leave with a deal on that day, he did eventually score a contract with Pittsburgh. The tailback now takes the place of David Cobb after he was dropped from the p-squad on Tuesday. The shuffling means that the Steelers still have two running backs on the practice squad with Williams and Daryl Richardson. The running back now joins his older brother Vince Williams who has been having a strong season at inside linebacker for Pittsburgh.

In his rookie year, Williams averaged 5.6 yards per carry, picked up 613 scrimmage yards, and scored nine times on just 104 touches.

No Deal For Bills, Karlos Williams?

Earlier today, it was reported that Karlos Williams would be working out for the Bills this week with a deal effectively agreed upon between the two sides. Apparently, that’s not quite the case. Vic Carucci of The Buffalo News (on Twitter) hears from a team source that the odds of a deal are now “50/50.” Meanwhile, Ryan Talbot of NewYorkUpstate.com hears that the Bills have cancelled Williams’ work out.

Williams is highly talented, but also a handful to deal with off the field. This year, the league office suspended the running back for the first four games of the season due to a substance abuse policy violation. Then, in the summer, Williams ballooned up to 261 pounds, up from his 2015 playing weight of 229. The Bills grew tired of the headaches caused by Williams and they released him in August.

The Bills signed veteran Reggie Bush to serve as Williams’ primary backup, but that addition hasn’t really panned out. Williams would make sense for Buffalo as a complement to LeSean McCoy, but it doesn’t appear that there is any deal in place at the moment.

Karlos Williams is set to return to the NFL and it sounds like he’s going to do it with the only team he’s ever known. The running back is visiting with the Bills today, a source tells Adam Schefter of ESPN.com (on Twitter), and the Bills are expected to re-sign him. It is not immediately clear whether Williams has signed a practice squad deal or an active roster deal, but it is presumably the latter.

Despite a rookie year in which he averaged 5.6 yards per carry, picked up 613 scrimmage yards, and scored nine times on just 104 touches, Williams has proven to be a bit of a headache. He was suspended for the first four games of the 2016 season after violating the league’s substance abuse policy, and he struggled with his weight throughout the offseason. The Bills opted to cut Williams in August and he went unclaimed on waivers.

If he is on the 53-man roster, the 2015 fifth-round pick will resume his old place as a backup behind starter LeSean McCoy. And if that’s the case, veteran Reggie Bush could be on the outs.