The Cowboys are planning to meet with a familiar face soon. They have scheduled a visit with veteran guard Ronald Leary, according to ESPN.com’s Field Yates (on Twitter). 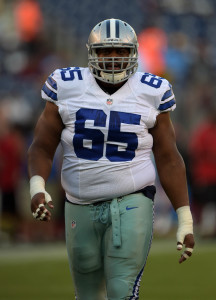 Leary has already begun COVID-19 testing and is at the team’s facility Saturday, Ian Rapoport of NFL.com tweets, potentially opening the door to a reunion soon. Amid an early-season injury crisis, the Cowboys also looked at veteran tackle Jared Veldheer this week.

Prior to his lucrative deal with the Broncos in 2017, Leary worked as a Cowboys starter. Dallas landed him as a UDFA and turned to him as its primary left guard from 2013-16. Leary visited the Browns in August but left Cleveland without a contract.

Dallas has run into extensive injury trouble up front in recent days. Tackles La’el Collins and Cameron Erving are on IR, and Tyron Smith is set to be a game-time decision for Dallas’ home opener against Atlanta. Guard Connor Williams played tackle at Texas, potentially giving the Cowboys some flexibility as they navigate a difficult situation.

The Broncos made Leary a cap casualty earlier this year. He struggled to stay healthy during his three-year Denver run, ending each of those seasons on IR. Leary did, however, play in 12 games last season, helping Phillip Lindsay to another 1,000-yard season. With Dallas, Leary was a starter up front for teams that saw DeMarco Murray and Ezekiel Elliott — in 2014 and ’16, respectively — win rushing titles. The 31-year-old guard started 47 games for the Cowboys during his five-year stay. 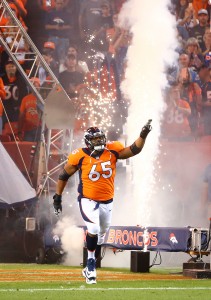 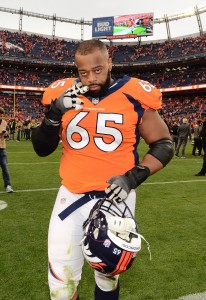 With Aqib Talib having been traded and Bradley Roby likely to leave Denver as a free agent, the Broncos have work to do to repair their once-formidable cornerback corps. However, the third player from the team’s longtime trio may be in position to sign a third contract soon. Chris Harris is entering a contract year, and with the Broncos having no other foundational pieces at this position, it would seemingly behoove them to enter into extension talks with their versatile All-Pro. Harris has said he is open to signing a third Broncos contract, and Ryan O’Halloran of the Denver Post writes the 29-year-old defender will be on the 2019 team, as opposed to being shopped around, and is a likely target for an extension. One of this era’s premier corners, Harris nonetheless has a manageable cap number this season ($8.77MM), so an extension would stand to be more about keeping him in the fold than reducing his 2019 figure.

Denver is also expected to let Tramaine Brock walk, so cornerback — for the first time since the Broncos swapped out Champ Bailey and Dominique Rodgers-Cromartie for Talib and Roby five years ago — is a major need for this franchise.

Here is the latest from Denver, shifting to its quarterback decision: