The Cardinals have reached an injury settlement with cornerback Alan Ball and released him from their roster, according to Josh Weinfuss of ESPN.com. Arizona has also placed fellow corner Elie Bouka on injured reserve, so the Cards’ roster now sits at 75.

The 31-year-old Ball just signed with Arizona earlier this month. Ball, who was teammates with Jenkins in Dallas from 2008-11, entered the league as a seventh-round pick in 2007. In addition to the Cowboys and Bears, he has seen action with the Texans and Jaguars. All told, Ball has accrued 108 appearances (47 starts) and six interceptions. He appeared in 15 games, made three starts and totaled 18 tackles last season.

The Cardinals had already lost another defensive back — veteran Mike Jenkins — for the season, as he tore his ACL over the weekend.

The Cardinals have announced the signing of free agent cornerback Alan Ball and the release of safety Tyrequek Zimmerman. Ball auditioned for the Cardinals on Thursday and obviously showed the team enough to warrant a contract, though details of the pact aren’t yet available.

Ball, 31, spent last season in Chicago and figures to provide some veteran depth to an Arizona team that lost fellow corner Mike Jenkins to a broken hand prior to training camp. Aside from Patrick Peterson and Justin Bethel, the Cardinals are short on healthy corners with NFL experience. They did address the position through the draft, landing third-rounder Brandon Williams and sixth-rounder Harlan Miller, but the former is a converted running back who only took on a full-time corner role for the first time as a senior at Texas A&M last season.

Ball, who was teammates with Jenkins in Dallas from 2008-11, entered the league as a seventh-round pick in 2007. In addition to the Cowboys and Bears, he has seen action with the Texans and Jaguars. All told, Ball has accrued 108 appearances (47 starts) and six interceptions. He appeared in 15 games, made three starts and totaled 18 tackles last season.

Zimmerman went undrafted out of Oregon State last year and has since bounced around the league, including multiple stints with the Cardinals. His latest one began June 2 and lasted just over two months.

Cardinals To Work Out Alan Ball

Alan Ball will work out for the Cardinals on Thursday, Aaron Wilson of National Football Post reports. Ball remains a free agent after playing on a one-year deal with the Bears last season, and the Cardinals may be in need of some veteran help now.

Arizona signed Mike Jenkins just before training camp but saw him break a bone in his hand, an injury which required surger 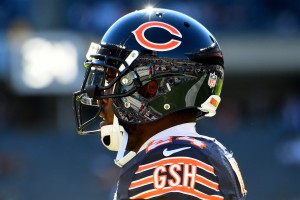 y, and he’ll be out for multiple weeks.

Beyond Patrick Peterson and Justin Bethel, the Cardinals are devoid of any healthy veteran corners. Roster Resource shows third- and sixth-round rookies Brandon Williams and Harlan Miller comprise the next two options for the defending NFC West champions. Williams is a converted running back who began playing corner full-time as a senior last season at Texas A&M.

Like Jenkins, Ball is a 31-year-old corner who began his career with the Cowboys. The two were teammates from 2008-11 in Dallas, although Jenkins joined the team as a first-round pick a year after Ball came to Texas as a seventh-rounder in 2007. Ball made 16 starts for the Cowboys in 2010 and then made 22 for the Jaguars in 2013-14.

The Bears used Ball as mostly an off-the-bench contributor last season, and the journeyman defender hasn’t been linked to any teams this offseason.

Ball has six career interceptions, two of which coming in 2013 for the Jags during a season in which he also deflected a career-high 14 passes. He made 18 tackles for the Bears last season.

The Bears were one of the league’s most active teams in free agency a year ago, and while they likely won’t earn that somewhat dubious honor again in 2015, the team added Pernell McPhee early and has continued to sign players since then, particularly on the defensive side of the ball. Our latest round of Bears notes includes details on a couple contracts for those free agent signees, as well as an update on another potential target….

After previously appearing as if he was on track to sign with the Panthers, free agent cornerback Alan Ball has opted instead for another NFC team. The Bears announced today (via Twitter) that they’ve brought Ball into the fold, signing him to a one-year contract.

Ball, who turns 30 next month, spent the last two seasons in Jacksonville, and was quietly one of the best parts of the Jaguars’ secondary. In 2013, Ball recorded a +7.5 Pro Football Focus grade in over 1,000 snaps, ranking 22nd among 110 qualified cornerbacks (subscription required). His 2014 season was cut short by a biceps injury, which landed him on injured reserve after seven games, but he still held his own in the first half of the season, recording 22 tackles and an interception.

For the Bears, Ball will provide depth and some veteran experience for a secondary that also features cornerbacks Tim Jennings and Kyle Fuller. Chicago has been very active this offseason fortifying its defense with free agent additions, having also added Pernell McPhee, Antrel Rolle, Mason Foster, and Jarvis Jenkins.

Terms of Ball’s contract with the Bears aren’t yet known, but the Panthers had been offering him a one-year, $2MM deal, so I’d be surprised if Chicago’s offer was worth less than that.

With the Buccaneers viewed as very likely to draft Jameis Winston first overall next month, the Titans‘ pick at No. 2 is a big one, since it’s not clear whether Tennessee will opt for quarterback Marcus Mariota or select a defender.

Asked today about the Mariota possibility, Titans head coach Ken Whisenhunt told reporters, including Jim Corbett of USA Today (Twitter link) that “if he comes to us at No. 2, he’s definitely going to be the Day One starter.” As Mike Garafolo of Fox Sports tweets, Whisenhunt later clarified that he meant if his team were to draft a quarterback second overall, it would be with the expectation that the player would start immediately.

Whisenhunt’s comments don’t necessarily signal that Tennessee is leaning toward the Oregon signal-caller, but the door certainly doesn’t seem closed on that outcome either. Here are a few more notes from around the NFL’s two South divisions:

No Deal Yet For Panthers, Alan Ball

SATURDAY, 10:00am: According to Joseph Person of the Charlotte Observer, Ball left Charlotte on Friday without signing a contract.

THURSDAY, 11:21am: According to Joseph Person of the Charlotte Observer (via Twitter), the Panthers and Ball haven’t yet reached a deal, though the cornerback is visiting the team today. A league source tells Wilson (Twitter link) that Carolina has offered a contract worth the terms reported below, and Ball is weighing that offer and others.

10:03am: The Panthers have signed cornerback Alan Ball to a one-year, $2MM contract, reports Aaron Wilson of the National Football Post. According to Wilson, Carolina gave Ball a $1MM signing bonus and a $50K workout bonus to go along with a $950K base salary. The deal also features up to $500K in playing-time incentives.

Ball, who turns 30 next month, spent the last two seasons in Jacksonville, and was quietly one of the best parts of the Jaguars’ secondary. In 2013, Ball recorded a +7.5 Pro Football Focus grade in over 1,000 snaps, ranking 22nd among 110 qualified cornerbacks (subscription required). His 2014 season was cut short by a biceps injury, which landed him on injured reserve after seven games, but he still held his own in the first half of the season, recording 22 tackles and an interception.

With the Jags moving in a younger direction at cornerback, led by 2013 draftees Dwayne Gratz and Demetrius McCray, the team was willing to part ways with veterans like Ball and Will Blackmon this offseason, opening the door for the Panthers to land Ball.

1:48pm: The Jaguars have officially released Blackmon, the team announced this afternoon in a press release.

8:11am: Although the move isn’t yet official, the Jaguars will be cutting veteran defensive back Will Blackmon from their roster, according to Mike Garafolo of Fox Sports (via Twitter). Garafolo notes that Jacksonville intends to go younger in the secondary, adding that the 30-year-old Blackmon shouldn’t have trouble finding work elsewhere.

Blackmon, who has spent the last two seasons with the Jaguars, has been one of the top three cornerbacks for the team during his time in Jacksonville, starting 12 of 23 games. His 2014 campaign was cut short by a broken finger, which landed him on the injured reserve list with about two months left in the season.

While the Jags are moving in a younger direction at cornerback, led by 2013 draftees Dwayne Gratz and Demetrius McCray, the team’s willingness to cut Blackmon may suggest that they’re close to reaching a deal to retain Alan Ball as the club’s token veteran corner, tweets Ryan O’Halloran of the Florida Times-Union. Like Blackmon, Ball finished the 2014 season on injured reserve — if he’s not re-signed, he’ll hit the open market next month.

Blackmon’s cap hit for 2015 had been just $945K, and releasing him will leave $25K in dead money on the Jags’ cap. While Jacksonville clears $920K from its books with the move, the actual amount of cap room created will be less than that, since Blackmon will be replaced in the team’s top 51 salaries by a minimum-salary player. Of course, armed with over $60MM in projected cap space, that’s not a big concern for the Jags.

It’s Saturday morning, and ESPN.com’s NFL writers are opening their mailbags and answering questions from readers. Let’s take a look at some interesting notes out of the AFC…